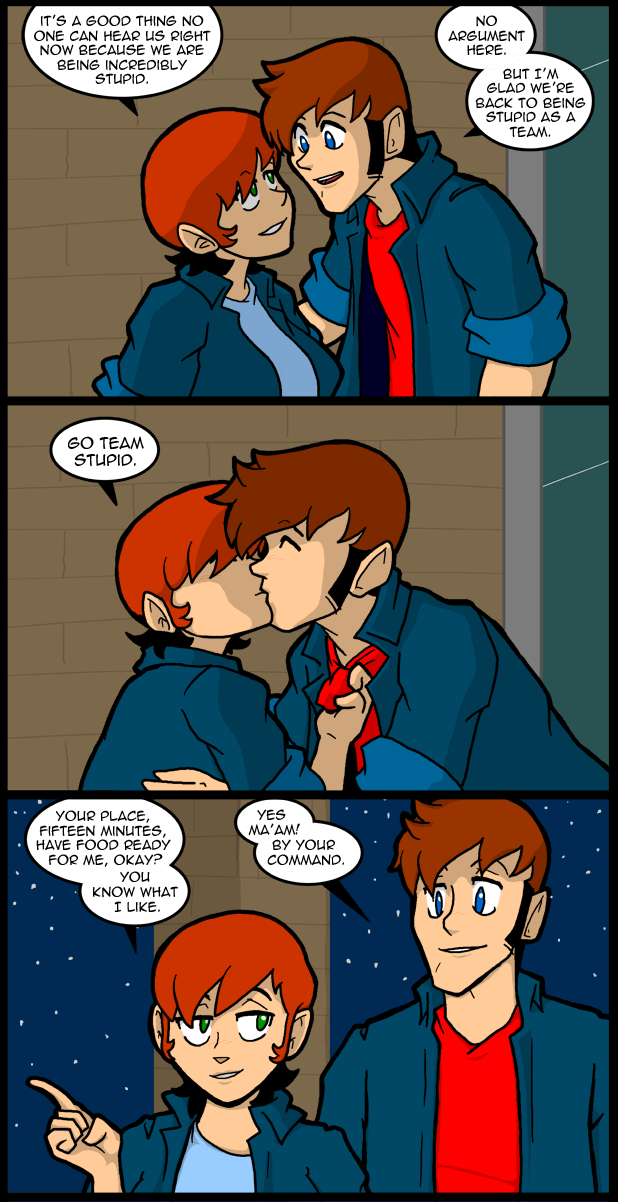 5 magic element thingies from unlocking Princess Luna my My Little Pony iOs save apparently got corrupted. As near as I can tell Gameloft built in no system for save recovery. I mean, why would you? Digital things never fail in any way. Having a backup system isn’t important at all. Stupid fucks… In any case my time in ponyville is over unless the next update magically fixes my save file. I’m not worried either way because I didn’t spend any actual money with those d-bags.

Mobile phone style gaming has some pretty blatant flaws. Flaws that should not be tolerated. The first of these is, obviously, virtually no control over save data. I do not understand this at all. In the entire army of nerds required to make iTunes, or whatever android uses, work no one ever said “Hey, I’d like to be able to move my save data to another device.” In fairness, some games DO have systems to make this possible. Smurfs’ Village, for example, saves several secret copies of your game to the device. You have to a series of things to unlock the option, and you have to go to the support site to find them, but a way exists. They also keep a copy of your save, tied to your gamecenter profile, on their servers. The system is far from perfect, but I’ve saved most of my game with them more than once.

After a while a few games started keeping track of what in app purchases you’ve made. You don’t get to keep a save file, but if you lose your data you get back any permanent items. Whatever magic money you bought, however, is lost. Plants VS Zombies and Tilt To Live both have this option. This option is not preferable to a save when it comes to a “zen garden” style game. Losing the time sunk into crafting the perfect farm, or what have you, is bunk.

Unfortunately we are slowly being trained to look at games, save data, and other related things as transient. Everything is transient on some level, but I’d like my data to at least last as long as I do. Just in case I want to go back to something later.

On the other hand, I really do like not having discs and packs to fiddle with. Just having them all on a device is much better. That said, I still want a way to get back my game if ever something happens. A way that doesn’t depend on a company deciding to keep a server running or not.

It’s so irritating finding that the thing you planned to listen to while you’re doing something is back at the house, or waiting on the cloud, because some dick in an office doesn’t understand that the internet doesn’t exist everywhere on the planet… >:| Rabble rabble rabble!

I’m one skylander shy of having all the new characters. Because of this I haven’t been playing the game. I want to have all the cast available for the story mode. If I don’t do this I’ll finish the story and then it’ll be month and months before I come back to it and I won’t enjoy them properly. At the moment this is a unique problem. But not for long. Other companies, including Disney, are getting in on this concept. Hopefully disney will not do this with Tron Uprising, because I’d be powerless to resist. Marvel, their cartoons, and whatnot I’m safe from… but what about Star Wars. Yeah, let that terror wash over you toy/Star Wars fans. The have KOTOR Legos now… That’s one of the best Star Wars universes. The only thing that saves me from them is that Lego men are just shitty toys. (Compared to Halo Mega Bloks anyway.)

I played the monopoly game religiously when I found out I could make a hotel entirely out of MLP rooms.

My iPhone busted under warranty. Transferred all my data and I lost my pony hotel. I was one pony shy (Fluttershy actually) of unlocking an achievement/award/whatever.

Re-downloaded, same account… No ponies :( needless to say, I deleted the app entirely and won’t look back.

And the first panel of the next page will be that second panel, no words, a bit zoomed out.

The rest of the page will be Reggie.

ditch your iphone and get an android? At least android allows you more control over data, and doesn’t force you to be connected online all the time. To my understanding, apps are all sandboxed in ios in a way that pretty much prevents any local communication between apps, which also makes data management hard if not impossible. This is not true in android.

But when it comes to save files… you have to understand, these companies don’t have any incentive to make your save files non-volatile. Every time you lose your stuff when a save file goes bad? It’s more profit for the company, when you have to get all that stuff again. Maybe some people get frustrated and quit at that point, but I bet they’re banking on those obsessive types who just need to have the biggest farmville or whatevs.

While you are correct that iOS sandboxes its data to prevent one app from molesting another app’s data, it is also the case that apps can pass data between repositories and instances of themselves (via email & Dropbox to name two), and apps can even pass data between other apps within the system (they use modified URLs).

The biggest issue is that the developer needs to have a reason to take the time to do this (it’s not hard, but it isn’t trivial either). This goes doubly for monetized progress games (e.g. Smurf Village, MLP), since exposing an importable file increases the chances someone will create geminator.com (the website you upload your MLP file to and get a number of gems added to your game). Essentially, users haven’t demanded loudly enough the ability to bank their games, the costs associated with protected a monetized gamefile from random hacking is difficult, and there is a financial disincentive in games where money buys speed and progress.

I think with heavily monetized games, we’ll see a rise in cloud-backed saves, especially as people get the hang of making them lightweight, as this will allow the company to protect its users’ “buy in” and its income stream.

If a company’s income stream depends on preventing users’ rights to manipulate data files on their own devices however they want, that company should develop better business models, Period.

Paid downloadable content of the type you speak of is a horrible trend anyway and the sooner it dies the better.

Also, passing data between “email and dropbox” is not an acceptable alternative, those are useless when you don’t have an internet connection, and requiring users to send files online (using bandwidth) just to move them around locally is plain idiotic. iOS is a poorly designed hack of a system that replaces good practices and user control with “user-friendliness” and bling.

Technically, they are simply not exposing access to the data files. You can always access them yourself using any system tool for the purpose (see Jailbreak ecosystem). Basically, they have little incentive to make it easy for you to move data around, because the users aren’t demanding it as a priority (much like your car doesn’t give you easy access to hook up your own microcomputer to the electronics so you can soup up its performance with your own custom written system). They aren’t saying you can’t, but they aren’t getting anything for making it easy for you. You demand it, and someone will deliver it, I can almost guarantee it (see the modding community). If you demanded easy access to your data as a priority (“Dear Company, I was interested in your game, but as you do not make it easy for me to access my saved game data, I have decided not to purchase your 5 star game, instead I shall purchase this 3 star title for twice the price because they do give me access.”), then you would get it, but people don’t, so no one does.

I think paid DLC is going to be here to stay, I’m afraid, as it rewards too many people. Publishers are able to ship sooner, so they see ROI sooner and for smaller values of I. Developers are able to build smaller, better working pieces, which reduces testing overhead, makes for more agile development, and allows for more risk taking (because risks are smaller), all of which makes developers happy. And Customers get their game sooner, which gives them instant gratification, as well as lower barriers to entry (e.g. get free game, buy cheap expansion content if you like it). So every major player gets something out of it (which increases demand).

iOS does allow you to move data around locally (I can open a file from any app in any other app which has registered its ability to handle files of that type). It does not allow you to raid other parts of the device without permission. Making files less volatile is doable, but you run into a “when is this data nuked?” issue – do you have the system remember all of your settings and data for all apps all the time even after app-death? Different systems have different opinions, to different ends.

Also, you can move apps and data between devices. You can restore data from a backup (cloud or otherwise) to a new device, and all of your saved everything comes back. And apps don’t HAVE to save their data to and from the Cloud every single second, they can cloud-synch either on your say-so, or at regular intervals. Developers are just managing their resources by not investing time & money in things they don’t think will provide a good ROI.

I think we will have to disagree about “good practices” (I’m of the opinion that sandboxing apps while providing clearly exposed inlets and outlets is a good idea for default OS behavior when system security is a priority (it makes it more difficult for malicious developers to do appreciable damage to the system)). User control is an excellent alternate first priority (which is why I’m also pro Android and pro-Jailbreak), but iOS’s target audience isn’t “people who custom manage everything on their computer”, it’s people like my mother-in-law who don’t really understand how computers work, and for whom customization wouldn’t happen.

tl;dr; Different Platforms, different values, different audiences. If you want something to happen, you have to demand it with your wallet – walk the walk, don’t talk the talk.

Every game I’ve made allows for save-scumming, file altering, etc. Good to know that there are people out there who actually appreciate and care about having access to and control of their data.

The comic is great today, but your post made my week. Cheers.

We get to see the scene right after this, right? Right? (pleeeease…)

“By your command,”…is that a Battlestar Galactica reference?
:)