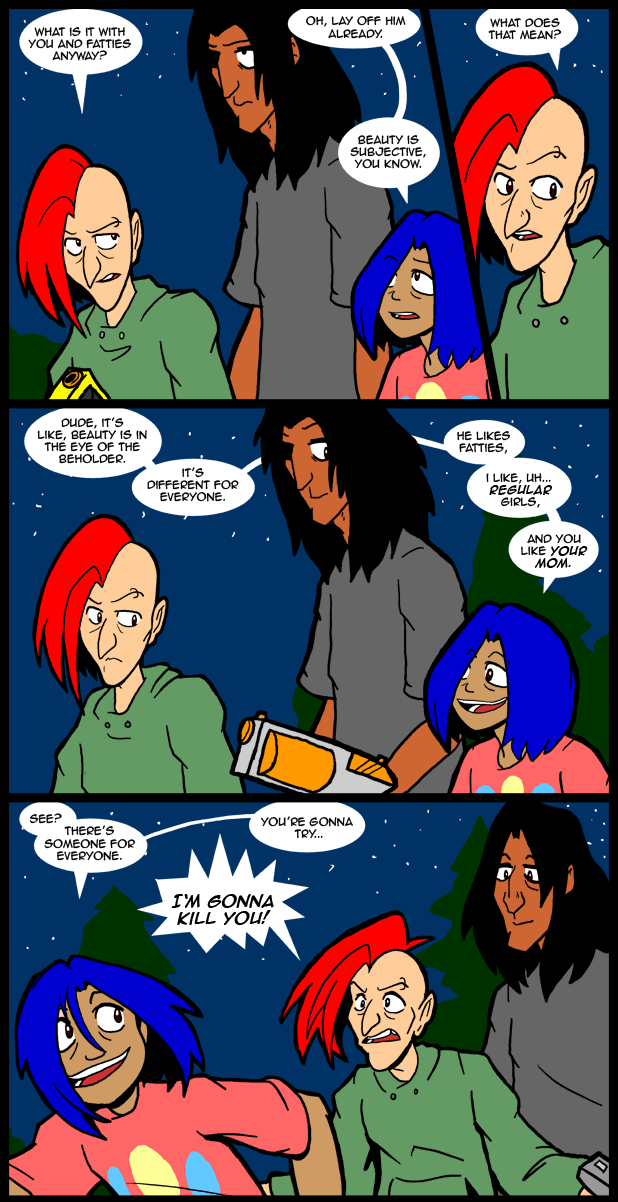 I went down into the basement today, trying to find some parts for some stuff I wanted to sell. I couldn’t find that stuff, of course, but I did find my box of old Nerf guns. The only two that are worth a damn are a pair of Splitfires. These are the second pair of guns to have the names Sureshot & Son Of Sureshot. The original “guns” were atomizers for use in sculpting clay. That was, in turn, a reference to a Bestie Boys song. I didn’t talk about it at the time, but I was bummed when Adam Yauch passed away. I don’t have many “favorite bands” but the Beastie Boys are certainly one of them. Anyway, it made me think of those times to see these old blasters again. My friend Justin & I had a few Nerf battles in the radio station he worked at for a while. It used to be a bank, so the layout was great for that crap. Anyway, I’m keeping the twins, but I’m going to sell off the other guns. Even if they don’t work some modder will be able to make use of them. I have two larger blasters with rotating barrels and a couple of combo watergun Nerf guns. I forget the names though. They’re at least from 1999 though. Still working as far as I can tell. Well, most of them anyway. I have the parts for one of those 20 dart guns, but it’s broken. At least I think I still have the parts. I actually know how to fix it if I do, I just never got around to it. Of course someone might be able to get just as much use out of a broken Nerf as a whole one these days. I may just sell it as parts.

I’ve got lots of random stuff to get rid of. Stuff I just kept because it was too much of a hassle to get rid of it mostly. It’s still a pain, but I could use the money, so I better suck it up. I hate going downstairs though. It always gives me terrible allergy attacks. All day since I’ve been down there I’m practically gasping for air. Some kind of dust is in the air down there. No mold that I can detect, or anything else, but something that my body dislikes. I need one of those little face breathers like in the movies.

Anyway, I put a pair of Metroid Prime sunglasses on ebay today, just as a test run. I have those, a StarWars Battlefront 2 shirt still in plastic, a Donkey Kong bobble head, and an orange Gameboy Advance shoulder bag so far to get rid of. I was trying to find all my Xevoz parts to get rid of them, which is what started this thing in ernest. I’m missing a couple of bits that I think I probably still have. After that it’s Star Wars dolls. Literal dolls, the 12 inch ones. I don’t know what the hell I was thinking buying those, but whatever. I did and now I’m getting rid of them. They’re the ones from when Episode 1 came out. I might keep Qui Gon because he was cool, but everyone else is on notice.

I’m thinking of selling my comic collection too. There’s 3 or 4 longboxes of varios x titles from the mid 90s. I haven’t read them since the first time I did, and I suspect I never will again. It’s kind of a shame I can’t just trade them straigh across for digital copies. I’d probably read them it it wasn’t such a bitch to sort through the boxes and whatnot. The collecting aspect of comics no longer appeals to me. Except in very special cases. Content is what I care about. The delivery system is not as big a deal. As long as someone has a hard copy to make digital copies from I’m good. I’d love to have a complete set of Knights Of The Dinner Table on my reader. Those are some stories I could bear to read again.

This video is somewhat prophetic in so far as this is what happened with video game achivements:

Turning a legitimately intelligent (if not original) observation about beauty into a “your mother” joke? I like Blue. :)

Indeed, there’s something beautiful about a well-executed “your mom” joke. So far, XKCD has two of them.

Wow a well executed and funny, ‘your mom’ joke….

douchebags can act like douchebags to their own friends.

granted normal friends can act like douchebags to their own friends too.

Look dude (or otherwise)… different folks got different ways of interacting. Different microcultures or whatever. Most of my few friendships have utterly destructive foundations… while at least one I had for a good while was founded on film-quotes and criticising biological inaccuracies in things.

Wait….that blue haired person is a GUY?!….I’ve thought this whole time it was a girl o.o

Oh thank god I’m not alone, I thought he was a girl too!

Y’know, he may still be, maybe if so she’s just gay. We can dream right?

I was leaning towards girl, also. I think a few people were.

I was totally unsure. But YOU KNOW, it still could technically be either. Just sayin’.

I messaged Thomas on deviantart and he said that is is not so sure himself XD So I suggested maybe Blue is FtM transgender.

“I’ve always used male pronouns for him, but it’s supposed to be hard to tell. If nothing else his friends think he’s a dude.”

just because he looks like the child between 2-D and noodle from Gorillaz does not make him a girl.

Actually Noodle is a girl. I also thought blue might have been a girl it is confusing when there are no ….assets to tell you otherwise.

I like the comment the gal makes at the end of that little video in your blog. Sight, no D&D groups in my small town, so even less chance of meeting a fun gal like her.

Errr….I need to proofread before I post, that was supposed to be “Sigh” not “Sight”.

I feel lucky, having met a nice girl in my DnD group. But then, my group has 12 players. It’s…fun, I think is the word I’m looking for.

You have Xevoz parts?! Damn! I forgot those things existed. They were kickass!

i’m almost sad or happy, at the fact i had problems and wasn’t able to keep up with this webcomic, last time i read…. was ed and his sister had a fight over the dsi,,, happy that i was finally able to get to this site without something crapping out.. but sad that i caught up in less then a day or so… still need help with the crapping out tho.. supposed to get 20mbs and i’m not even getting 3mbs…. load one web page all the others disconnect or timeout.. freakin roadrunner.. oh well

enough of my ranting…. how i’ve missed brookies, nina and the rest…. also never thought the blue haired guy was a girl, atleast till i read the comments.. heh good to know reggie is still a twat but a honest twat, not so sure about um whats his name wes? oh well

stay Strong and keep them coming.

hey crave, you said you’re selling comics? Do you have any Batman, powergirl (or stuff with powergirl in it) or sonic the hedgehog? I could use help filling out my collection.

I have none, or almost none of those things. The Batmans I have are all either Dark Victory, or Long Halloween.

I don’t think my brother has either. I’ll check with him. How much do you want for all your Batman?

I don’t know. I’m not even sure where they all are, or how many there are right now.

Let me know whenever. I’d be happy to take them off your hands.

The pause before s/he said regular girls makes me wonder if s/he’s telling the truth.

Now that I think about it, he kinda reminds me of Noodles from the band, Gorrilaz, only male.