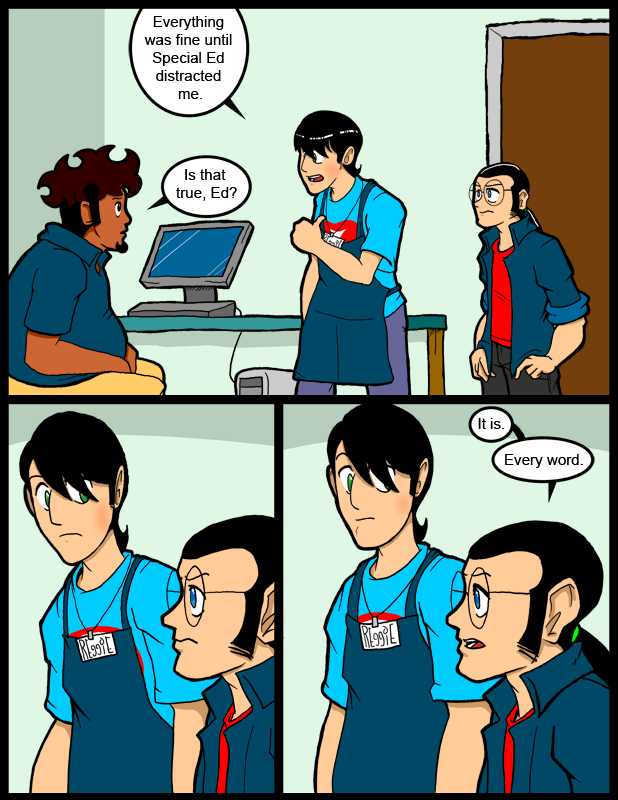 I had a dream that was like Halo combined with Greatest American Hero.  This guy found an alien exo-suit that still worked.  Like a dumbass the got in it and it tried to return him to the space dump it came from.  Apparently it had been blown into space in a meteor strike and landed on Earth.  Once the suit got him there he found an asteroid covered in the refuse of some alien race.  There were even attachments for the armor.  Anyway, he got it set to return to Earth before his air ran out, and set about trying to fight crime with a suit way too overpowered for the task.  He causes more damage than the cost of stolen goods, and that sort of thing.  I guess you could say it’s also a cross between Iron Man, Hancock, and Greatest American Hero.  Although there’s already some overlap in those movies.

Ed’s taking the fall! Didn’t see that coming but it does seem like the surprise-cleverness sort of thing Ed would do. Because it is the right thing to do, not because he really did cause the trouble or because this might make Reggie indebted to him, but simply because not doing it would cause too much trouble for Reggie and that would create more complications and drama. Good job Ed!

it is also absolutely true *grins* it’s what happens Next that’s the interesting bit :D