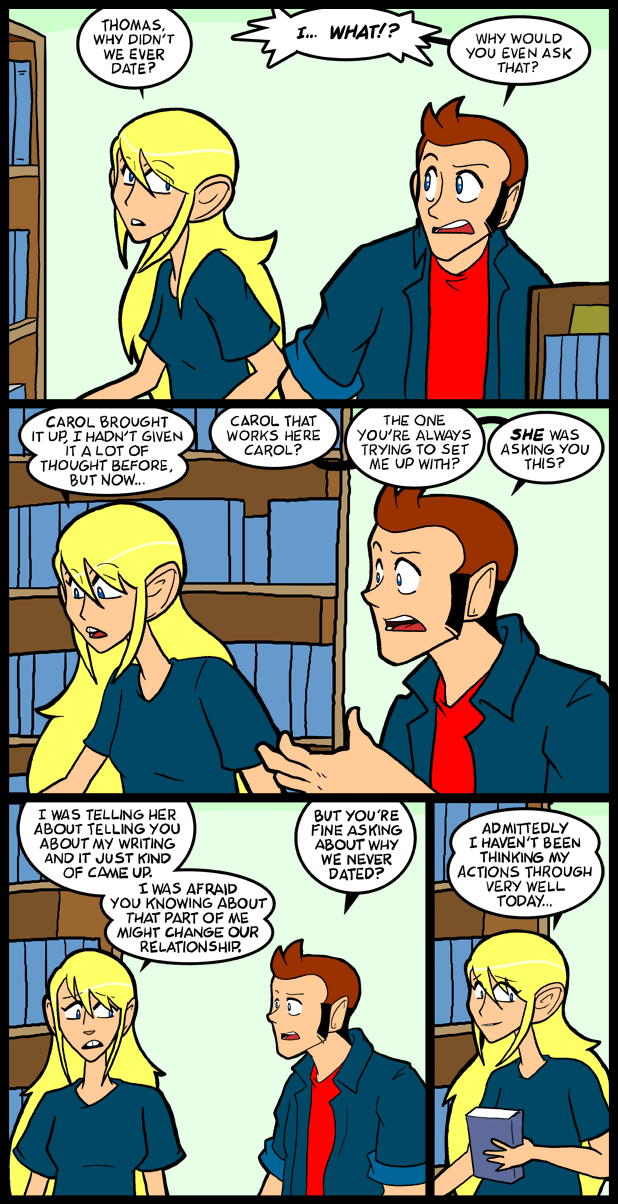 Had a dream the other night where I was going to an Animal House style college with Kevin Smith, Justin Parlette, & Scott Mosier. It was kind of weird thought because it wasn’t like Smith & Mosier were reset back to not having made films. They were just themselves and were going to the school for some comedic reason. It would actuallt make a decent movie if some of the logic of it was sorted out.

I finally committed myself to playing Final Fantasy 13 last night. I played a little Fable 3 first, and several demos I downloaded, but eventually there was nothing left but 13. It is some of the most insane storytelling I’ve ever experienced, and it’s like they distilled it directly down from the very source of every Final Fantasy trope of the last few games, but it’s not terrible. Or at least it isn’t unplayable. I’m hoping that the dialogue will get beyond Speed Racer grunting and pauses at some point and they’ll actually explain something. Part of the text is readable, but some of the menu stuff is hazy to the point of being illegible. I could, potentially upgrade my cords to the HD version, but that will require that I unhook the DVR every time I switch devices… I’m not even sure that upgrading will make a difference. It may just result in crystal clear unreadable text.

This is a sad part. Stop reading if you don’t want a downer time.
As I tweeted earlier the neighbor’s dog Benji got struck down today. Everyone around is sad because he patrolled the neighborhood for… well, as long as I can remember at any rate. He was a little chihuahua pincer mix, we think. Now that I think about it I recall that he was rescued a few years ago, so no one knows exactly where he came from. He marched around these sections of land like he owned them, even though he was about the size of a football. The neighbor lady lost her husband a year ago or so. To medical incompetence if I remember correctly, and now her little buddy to the road. He got laid right out, so that’s a small mercy. Dad was on the yard when it happened, I guess. The lady who did it came and got him apparently.
Both sets of neighbors kind of share their dogs with the world. Meaning that they are outside dogs. Mom & Dad have inside dogs, but they have a big fenced in yard and get to wander around on leashed from time to time. They aren’t trained to be left to their own devices, and I think bassets will get lost from following their noses.
Anyway, the neighbor dogs come by nearly every day, so they’re kind of everyone’s dogs. Up till today they were Sugar, (some kind of healer mix I think.) Daisy, (a golden lab?) and Benji. I can’t speak for the neighbors, but Mom and I live in a kind of constant fear of losing them to the road. A warranted fear as was proved today… The other neighbors actually got daisy because their puppy Holly got hit by a school bus. My uncle actually bred labs for a while and had a couple left when it happened, so they got Daisy from him. She is the nicest dog in the world, but scatterbrained. We always make sure no one is coming down the road when she goes home because she doesn’t have enough sense to stay off the pavement.
Sugar is very smart. You don’t have to worry about her. At least not as much. She likes to play ball more than anything else and always puts one paw in the bowl when she gets a drink. She chases cars when she gets bored though, and you always worry she’ll take a misstep…
The lady said she wasn’t going to get another dog, cause she doesn’t think she can take losing one again. I think that’s a shame because having a pet helps keep older people active. I understand the feeling though. I’ve come to believe that the good times always outweigh the bad, but it’s harder to feel that way up close.