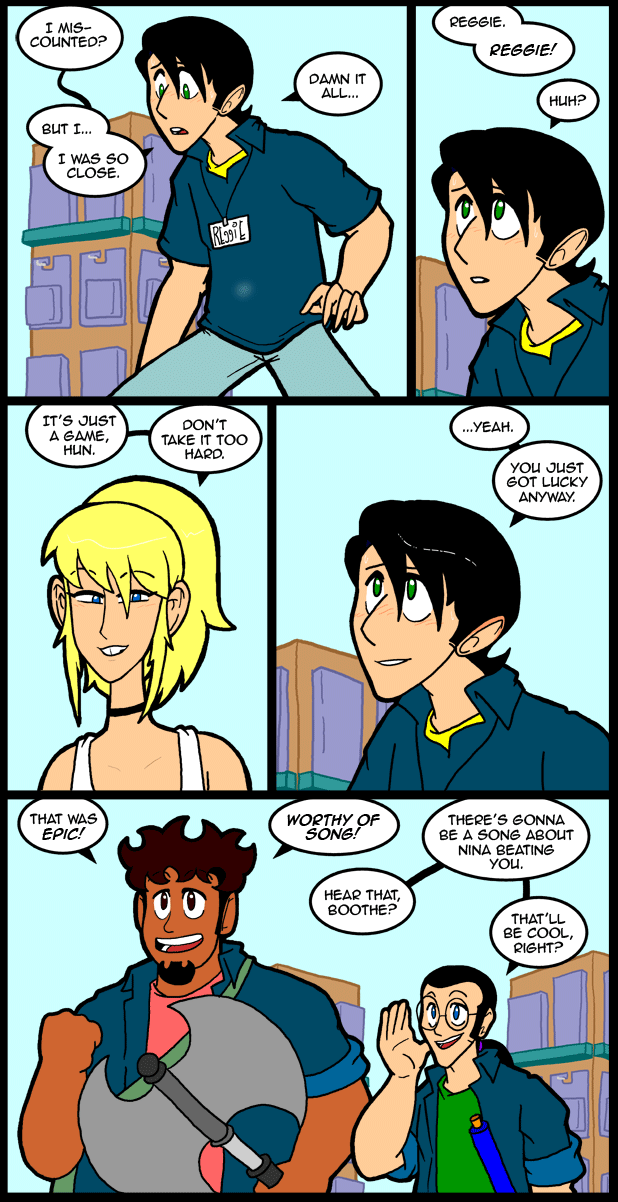 Man it was a chore to get this page to load tonight. Nothing wanted to cooperate.

Anyway, I had this crazy dream last night. It was basically the end of the Harry Potter books, but it took place in an American style high school. Also, American Harry saved a lot more people and it was more like an action movie than the books. On the whole interesting to experience, but it didn’t ring as true as the end of the real books. It was pretty crazy being right there in the action though. I was always more or less behind Harry’s right shoulder. Like a video game camera that has a fixed point most of the time. It would zoom in from time to time but I was always on his right for whatever reason. It was a better experience than some of my dreams at any rate.

I’m hearing rumors that Nintendo Power is finally ending. Looks like there’s some typical back door BS going on, but the real question is am I going to get dicked over with my remaining subscription. That was always the worst thing about magazines ceasing publication. the companies in charge pretty much take your money and run, and apparently that’s legal. Or at least there are ways to get away with it. Pisses me off. The fact of the matter is that all gaming magazines have been fucked since their content is so hampered by print, plus when they do try to go online they ALWAYS fuck it up. It’s pretty hard to sell information when you can get it for free ANYWHERE. The trick is to present that information in a way that’s palatable to the modern reader. Which is why the people who come to the net without the thinking of a print publisher do much better. Not that any source in particular presents information in a way that I like, but that’s just the way of things. I’ve made peace with Kotaku, but for the most part I hear about stuff on accident now, or from direct emails from companies I like. Which is just not as much fun as Seanbaby’s The Rest Of The Crap…

Also, i know that Seanbaby wrote for EGM, I’m just using it as an example. Nintendo hasn’t has a staffer worth remembering in… over a decade.

The Bards will tell the epic of a young peasant boy who pined over the heart of the Amazon. He fought with all his might, his heart on his sleeves. The battle raged, but neither were able to land a single blow. When it seemed like the match would end in a stalemate. The Amazon landed the first and final blow to the young man’s heart.

Well I hope he realizes it before they hear what the prize is, since that is seriously going to deflate everyone’s good mood.

You know, having that much fun, I really can’t see why anyone’s mood would be deflated. That would have been chalked up to one of my all time bad-ass moments in retail.

Nina gut shot him. It will take Reggie several agonizing hours to die.

Oddly, I’m okay with that…

I really enjoyed this story arc! It was rough going, I’m sure, posting up a lot of action scenes and whatnot, but when if you read them from the beginning to the end I think they’ll flow really well.

I’m intrigued as to how Nina was like Reggie before, I hope you go into that some time! And hope that these guys finally get to go home. Does this count as overtime for them? ;)

I’m not sure about them, but it sure was for me. XD

And the whole of this arc took place in roughly 20 minutes, their time.

I actually have no idea, but it feels like it, at least to me.

“There’s going to be a song about Nina beating you!”

The irony is out of all of them Reggie would like the prize the most as he’s the hours packrat anyways.

Sorry to hear that Nintendo Power might be getting the axe. I haven’t personally backed Nintendo since they produced the Wii, but the NES, SNES, and all the rest were major parts of my childhood. And Nintendo Power went right along with them. I still have my copy of issue #0. The artwork was a lot better then than it is now, I think.

Ever had a dream where you realize-partway through- that you aren’t the main character? Ever had a dream which would seem more suited to another member of your family-who happens to be absent at the time? As though they’d left a dream behind? Ever dream you can fly? How do you manage that tricky situation where you find yourself descending too quickly? I’m still working on that.

So happy to see Reggie lose gracefully. :) Being incapable of it myself, I salute it.

Hey in that last panel, Ed seems rather small compared to Mike. Should Ed be behind Mike, like he’s more in the background, cause right now his arm is implying he’s in the foreground.

Supposedly, Future Publishing will be offering you a refund for the remainder of your Nintendo Power Subscription. So it should work out okay, Crave.