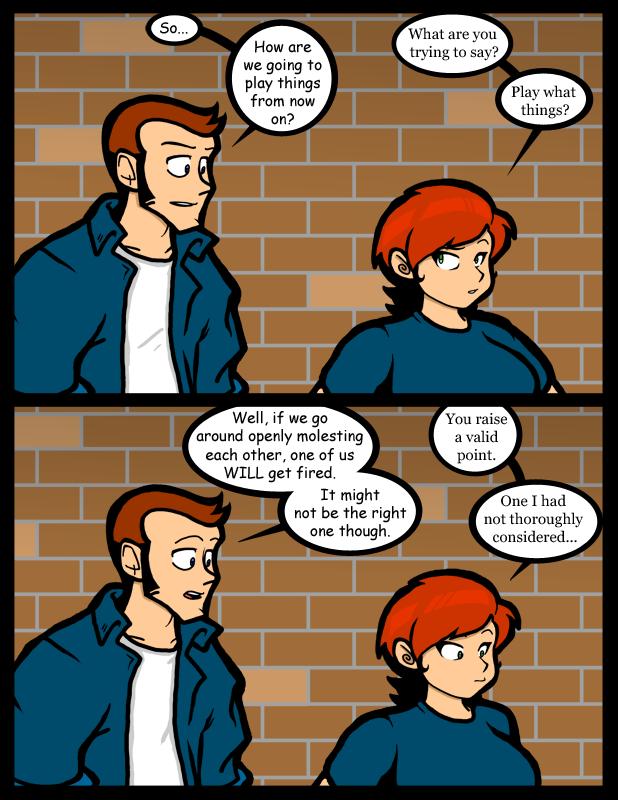 There is a lot more falling action at the end of “the first day” than when I originally wrote it.  I expected the strip to tank pretty fast, so I wanted there to be a distinct end to the first story arc.  The logic behind it being that if no one liked the comic I would at least have one finished work to go to my grave with.  After that, nothing else really mattered.  I could at least say that I gave it my best shot, even if it wasn’t good enough.  At the end of it all I would have one less regret to follow me into the great beyond.

Well, this is the first “new” strip I’ve read since I spent all of yesterday reading through the archives. I am enjoying it immensely. Thank you!

Well I love you too.

Make that me, too! ^.- Still loving the comic, and I doubt that will stop 0.o

I think it is a great comic and you heavily underestimate yourself my friend.

oh but she had thought of openly molesting him?

To all above, I hope it’s a wholesome love, the kind without utencils.

Wholesome love must be without utensils? What do you have against ramen?! :P