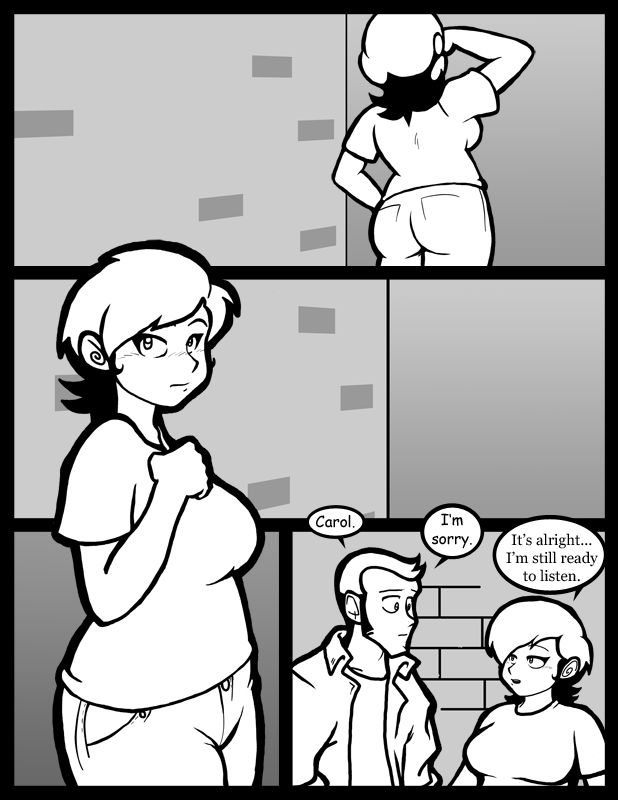 THANK YOU!!! I don’t think I could’ve kept on reading if they didn’t talk this out.

Oh noes! I hope she didn’t tell her neighbor where she was!

carol is just sooo ugh! those curves are to die for. what a woman!

Didn’t like this arc when I first read it, like it even less now, though that’s probably because we `know’ how things go in the future. Most likely it’s due to the evolving characters and storylines, but from the start and all the way through this part…Carol is not a nice person.

In this particular instance, she’s pushing herself in where quite frankly, it’s none of her business. I loved when Ed told her off, and hoped he’d stick with it. Thomas has no need to apologize, and for someone so smart as he’s supposed to be NOT to see he’s being manipulated for Carol’s own selfish curiosity strains the bounds of reason.

She’s given him NO reason to trust her with his private pain, and she has no right to act all butt-hurt when he doesn’t want to share it. Honestly, I’ve never liked Carol and think Thomas can do way better. There’s a lot more to a woman than cleavage, and even in the Now, that’s really all Carol offers.

Nina and Thomas would be a much better match, though I’m still hoping Ed and Nina work something out.