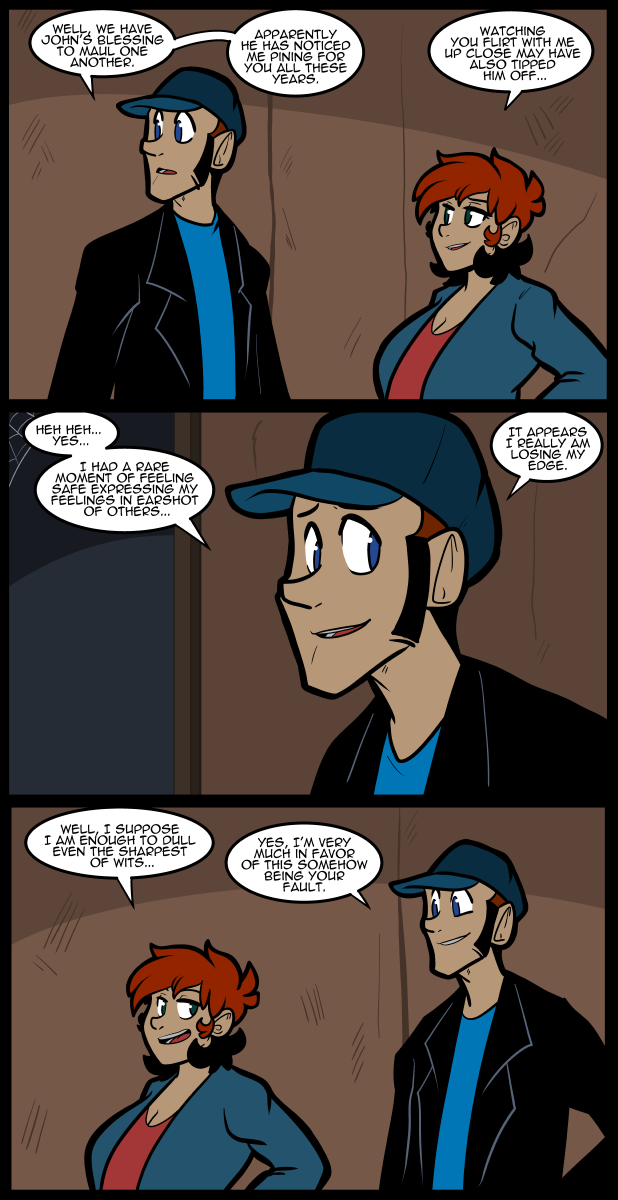 It seems like a million years ago now when I started watching Ghost Hunters back in my old apartment. I must have moved out after the second season maybe? It was still a big deal on TV when I was starting the comic. I think some of the old blogs, possibly some of the lost ones, mention me watching the live Halloween episodes. An interest in ghosts almost always follows a catastrophically tragic event. The Civil War was one, and so were the September 11 terrorist attacks. That preceded the ghost hunting boom on tv. Im not sure exactly when I realized the shows were bullshit, but it was far too long, although I was invested in the people by then anyway and kept watching until most of the original cast had moved on. Much like Thomas says in the first ghost arc I doubt the existance of ghosts, but I would be happy to be proven wrong, even if only I knew they were real. This house has stood here for a hundred years and change but I never feel presences. Its just old. I have experienced weird things, but nothing like what would convince me. Still… Im open to the idea.

Isn’t that a song by the Monkees? –

We were born to maul one another. This is something we all need

Dammit! I forgot to put my name on that.
C’est la vie. :D

If it really were a need, a lot more of us would be dead than you realize.

The More You Know!

I can see a rule 34 version of this where Thomas and Carole find a closet to hook up in and their howling scares away the ithers – now convinced ghosts were real.

I feel like Alex at least would check the source of the noise despite everyone else fleeing, though I suspect she’d politely excuse herself once she realized what was afoot and let the others continue to believe their own explanation.

“Ah, Watson ,(John) the game is afoot! Ah, no, actually its supine. Pardon me, pray continue. Come along John…I said ,COME ALONG, John.”

I live in a rowhouse, built around 1910. I was really into psychic phenomena and UFOs and all that crap as a kid, till I figured out that the explanations were recursive bullshit.

A few years ago, I was standing in the second-floor hallway, in broad daylight, when I heard some ambient sound that registered like somebody whispering just behind my left ear (in which I’m about half deaf). I know it was some strange combination of noise and hearing loss, but it was impressively spooky. I’m sure it’s one of the reasons people believe in ghosts.