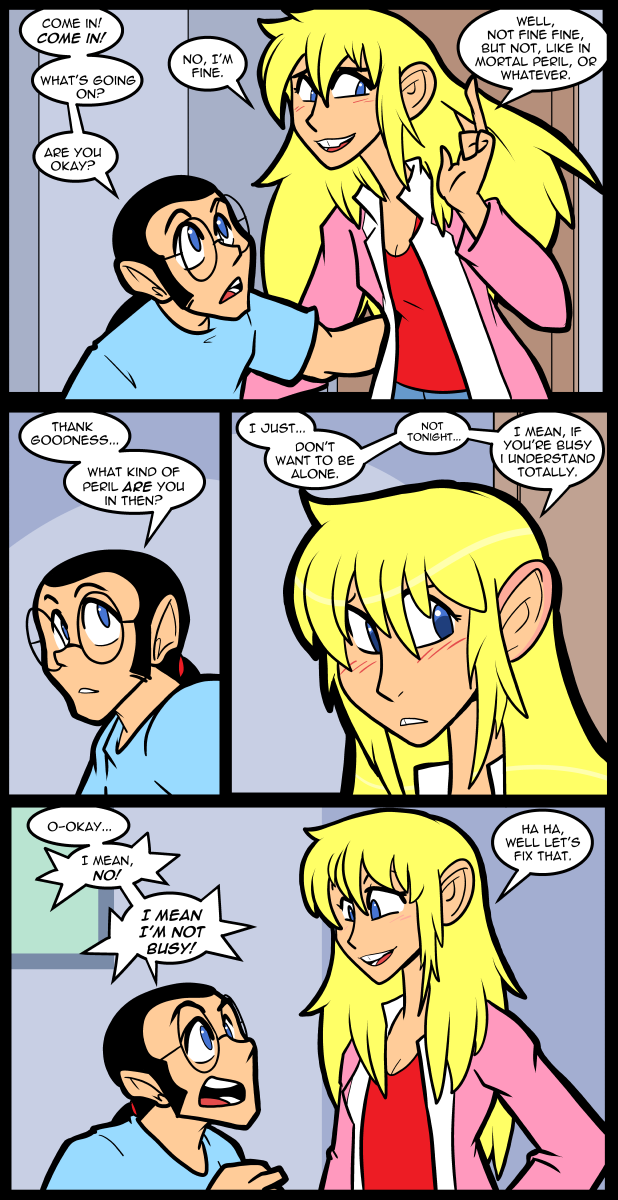 I don’t remember playing Pokémon Y. Well, that’s not totally true. I remember the beginning, and a little bit of the end. There’s this whole section in the middle I have no recollections of. I did all the things, but it was apparently so forgettable that I did. Defeating the elite 4 was the only thing I never got around to doing. An any post game stuff too, but whatever. In any case I finally did so I could finish Sapphire, so I could get to Sun. It looked like they added enough stuff in Sun/moon to maybe make it interesting again. Didn’t want to pass over Sapphire though. So I made a little team of monsters from outside the game so they would level up faster and it wouldn’t take so long with a bunch of needless grinding.

I must have been sick when I was playing Y. I find that I don’t remember a lot of what I was doing at that time. Just bits and pieces. I could probably go back into the archive and look at the blog to see when exactly I did it, but I guess it doesn’t matter really. The fact that I remember fire emblem but not pokemon speaks a lot about the generally forget ability of the gameplay after all this time though. It seems like they’re trying to combat this a little in Sun/moon because the opening parts seem much more interesting that the last couple of games. I like the player customization again too. In Y I made the avatar look like Jo. In Sun I made her look like Nina. Carol is my avatar in Animal Crossing and both Fire Emblems. Reggie is my Avatar in my alternate AC town, but the main town has extra players of Jo and Nina too. not that any of that information is important really.

I’ve been watching this Scottish sitcom called Still Game. It’s neat. It’s about old people doing stuff in a little town that’s gone to shit over the years. As I’ve said before, I like seeing the minutia of other cultures and this show is that. Of course it’s minutia of really old people but still. I like that Netflix is willing to try stuff like that.

Anyway, I’m tired, so I’m gonna get ready for bed. Have fun doing your things today, and reading the comic.

Heh! I was listening to Thunder in my Heart while reading this strip :D Coincidence?

That a fun word

I’m kinda curious what Fire Emblem Carol looks like now. Maybe I’ll have to make one of your characters my next FE protag :p

“Look, let me go back in there and face the peril!”
https://www.youtube.com/watch?v=DtcSYPjJbgg

Ed is the luckiest man alive!

His life is composed, almost entirely, of awesome.

Did I miss something? Is Nina just wanting the D, or is there something wrong?

I think she’s still processing that accident or whatever from 1631?

I think… maybe a little of both? I mean, if she’s up for it. If it were me, I’d be… I’d have someone else I could go to if needed. But the new date… I would want to be with and I would want to know if I could be with ’em emotionally during these times.

But then, my issues are a little nastier. And I overthink everything.

As much as I want these two to copulate, I don’t know if this is the right evening. I think there should be much discussion and emotional moments, and perhaps after all that they should, but I think Nina needs her little hobbit to listen to her troubles, then empathise with her completely, thus making their relationship deep enough for actual lovemaking instead of just “cheer me up sex”

That’s just me though.

I’m expecting their sex to be epic when they finally get around to it. It’s hard to tell if Nina is troubled such that now is not the time, but there’s still room for something to develop depending on how the not being alone thing plays out. The “Ha ha! Let’s fix that,” remark sounds a bit more like happy Nina. Perhaps her little Hobbit/Harry Potter is already cheering her up.

I’m gonna be ROTFL if she has a Mario Party marathon in mind.

I’m going to start posting in your comments again, not much you can do about that.

I love how Nina seems to feel a bit shy here, but the position is forcing Ed in to Spaz-topia

I have a feeling that Nina needs a comforting ear and someone to tell her it’ll be all right. Now if it leads to snogging or more, so be it.

I think its awesome that you use games avatar creators to make your characters thats so neat!

Nina looks totally adorable in Panel 3, makes me want to hug her til she feels better.

I am very impressed, Jackie, that you’ve written a scene, where Nina is having a rocky experience, like this one.
A lot of writers take a character like Nina, who looks confident + very strong, 99% percent of the time, and always write him or her like that.
I really like it that you’re putting Nina in a situation where she’s saying to Ed:
“I’m feeling vulnerable, and very f*cking sad. I think my talking to you, + spending some free time with you, will make me feel a lot better”.
Or, I think she’s saying things [like that], to Ed. That;s very cool.

Oh god, that line was perfect. Gotta agree with TRA on this scene, and add that her showing a bit of her confident side at the end there was the perfect cap to this comic. It’s also really hot.