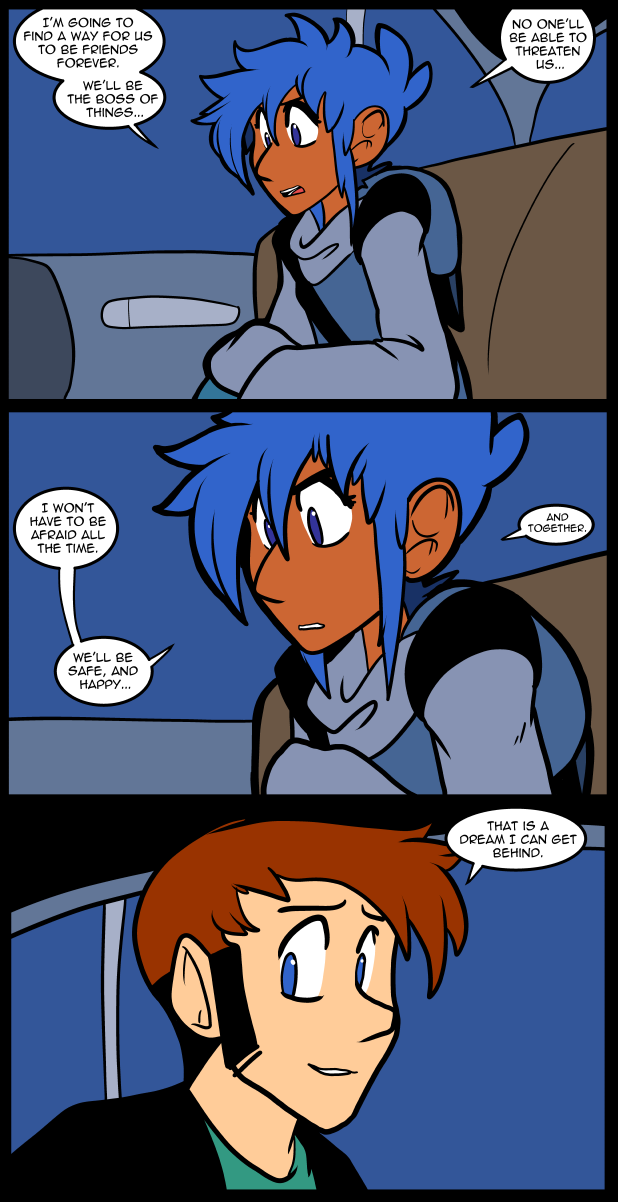 People take feeling safe for granted. At least in my experience. I was always deeply worried about losing my jobs, I still am in some ways, although it’s a little different now. Maybe because I had such a hard time finding jobs I was always much more afraid of it. I was always really infuriated by how casually people at the top threatened to fire people who weren’t really at fault. Looking back I think part of that comes from their own fears. Shifting of blame to your underlings makes it feel like you’re safe. I always felt like I was getting blamed for things I couldn’t control, but if I tried to take control of those things there were always a million reasons why I couldn’t. The company didn’t have money, they didn’t have resources, they couldn’t afford to fix broken shelves. We got in trouble when things were broken, but if we showed the work orders put in for repairs that were never answered there were suddenly excuses. I’m pretty sure I was one of the only people ever to photocopy a work order so I could prove we had tried to get something done only to be ignored, because the district manager was really surprised when I had documentation and he had to remove a demerit. Surprised, but also annoyed that someone had the idea to back themselves up with a paper trail that put the responsibility for following up in his hands. Of course that guy got fired one day. A couple of months after he fired our manager for various reasons someone came to his tree and shook him out. anyway, i’m bored of talking about that now.

On Saturday I went to my old town and had dinner with some of my friends. The place where we always used to gather is closing. So we decided to have one last meal there before finding a new place someday. One of my friends works at Gamestop and it’s hard times for him. If you follow the goings on of that company you’ll know that they are… doing some business practices that are not… good. I’ve been aware of that stuff for a while, but it’s always more real when someone you know tells you about it rather than seeing it in a youtube video… or a hundred yuoutube videos in my case. On the other hand one of my friends is finally getting rewarded for his years of hard work at his job. So, you take the good you take the bad and all that.
I wish I had felt better while we were there, but I hurt the whole time, and the food makes my feet swell up. The one is always that way but I guess the sauces are a bit much and it makes the other one get swollen too. Not as much but enough to make me extremely uncomfortable for a day or two. Today I ate as little as I could stand to with my antibiotics. I can barely stand living like this and no one is going to help me with it but myself, so I have to constantly remind myself not to do things that are going to make things worse for me. I’ve essentially given up on the idea of having a normal Xmas. At the rate I’m going it won’t really be a thing for my family anymore by the time I feel well again, assuming I ever do.
In a lot of ways my life is all about what I’m willing to give up on now while still choosing to live at all. How much can a person give up before life is no longer worth the effort? It’s the kind of thing we all have to ask ourselves from time to time. I’ve lived without love for about a decade and it looks like that’s never going to change. Is life worth living alone? I guess so. It’s miserable a lot of the time, but I seem to keep bearing it, although it makes a lot of what I write feel very hollow now without any hope of feeling those things ever again. I’ve never been the type that had to have someone around me constantly, but no one at all has been… hurtful.
Not having friends around to converse with has also affected me negatively personally and professionally. I lose my perspective and also a lot of how I write is born out of reacting to other people. I don’t think about my opinions about things for fun, I only do it as a reaction to outward stimulus. So if someone never says “I love whatever stupid show I love.” I never have a reason to think of some humorously hurtful thing to say in response.
The other night with my friends it was actually a little odd to me when I suddenly had things to say when in my head I haven’t really for a while. That part of me was just asleep. Long enough that when it was aroused it felt unfamiliar to me in a way.
It’s kind of funny because most of us have developed some level of anxiety disorders over the years. If you had seen us in our youths you would never expect us to be people suffering from panic attacks and such. We were just at war with everything and now I think we’re more at war with ourselves than anything else. At least the ones who don’t have kids. I think kids must distract people from a lot of the bullshit thinking you can do when you’re alone. Being single, and or childless makes it way easier to be self obsessed.
I kind of wish I had actually been able to do the thing that Brooksie wants to do. To keep all the exceptional people she knows close to her and combine their talents to make something better than they could do alone. It takes a strength of will that I don’t have. It’s a shame though. We could have been amazing, but we were just a little too early. In addition to also probably not being a great at we thought we were, or possibly as I remember. We all got lost between failures.

I believe Brooksie! I BELIEVE!

And then Jo became a bankster supervillain.

Also, is that a Chrono Trigger/Cross reference in the title or is that a common expression

I believe he is a fan.

sounds like the building blocks of a hero or villain

What’s the best thing you can do for yourself right now? I have no idea what it could be: working on the next comic,a patreon update, calling one of those friends you met with, something else…

Ask and answer that question through the day and you can make things better for yourself.

Sounds like she wants to form the Justice League.

Well- Brooksie is CERTAINLY MY idea, of a wonder woman! :D

That face in the second panel, coupled with the dialogue… that’s how supervillains are born!

Jackie, I would suggest getting out and about a bit. I like to do this when I get lonely and depressed, even if I just go to a Starbucks with a book, it feels better. And while it’s not the same as actually meeting with people, I talk to a lot of people online in my games, and that helps too. Loneliness sucks, let me tell you this.

Also, and I know you’re probably tired of hearing this, but church has helped me greatly with my depression. After 15 years as a janitor for a sign company, depression can get really bad. The people at my church have been very friendly and helpful to me. I wouldn’t suggest a megachurch, or a really small one, but a middle sized one in a middle sized town might be worth looking at.

I’ll keep praying for you.

sometimes you find that you”re living for others. (ie not dying so you don’tbreak someones heart) This isn’t necessarilly wrong, but it isn,t enough by itself. Your comic is an incredibly important outlet, and you’ve got (numbers) of caring fans, but again you may need something closer to home. I wish I could advise you on how to do this, but in actuality that is something I’m trying to figure out myself. If you figure it out-please tell.

This is just a thought, but- if you think that things will be quiet or boring, if you live alone, what some people suggest is: 1] talk to your friends, who own a cat, and ask them to tell you about all the pros and cons about having a pet cat.
Cats aren’t everyone’s thing, I know, but some people like having a cat for companionship, , rather than just living completely alone.
That’s just an off the cuff idea, about the possibilities of pets, for single people. Whichever.

Hang in there, Jackie. I’ll second the suggestion of a cat. Or maybe a rabbit. It can be nice to have something around that’s sometimes affectionate and sometimes an asshole. It sounds like your primary problem is still your health though. I’m not entirely sure what your health problems are, but if you’re not opposed to unconventional methods, you might consider looking into homeopathics. My mom was undiagnosed with Lyme Disease for years, because doctors kept writing off her symptoms. Then when she did get tested and diagnosed with it, doctors couldn’t do anything since she’s allergic to antibiotics. She only made progress on it when she researched herbal protocols and did those, which took a while, but she is Lyme free now according to retesting, while her friend who took the antibiotics approach is still doing badly with it. Homeopathics can involve a little bit of shifting through, but you might find something in it that can be helpful or, at the very least, help with pain management. For example, Wild Lettuce has the same pain-killing effects as opium, but without the side effects and Kratom is useful for very severe pain with effectiveness similar to Vicodin.

I donno about having kids distracting you from loneliness. I’m a single parent of three, and I only interact with people at work or who are involved with my kids. Co-workers and teachers and doctors do not a social life make.
But any time I think about going out I have to balance the cost of the sitter and the cost of the activity against spending that money on my kids. I’m barely surviving as is. Making a salary that most folks in the midwest would think makes me rich, but I live in a big city, so half my paycheck goes to rent just so my son doesn’t have to share a room with my daughters.
It is why I get so pissed at the “Red State” folks, I have to feed my kids raman so I can pay income taxes because the federal government taxes are based on income, not on effective income, so folks in Kansas or Mississippi pay no income tax while eating better and getting to do stuff, while I have to scrimp and save just to get Christmas gifts for my kids.
At least the VA helps me with my depression meds-somewhat, I still have to pay for them, but I get them cheaper.