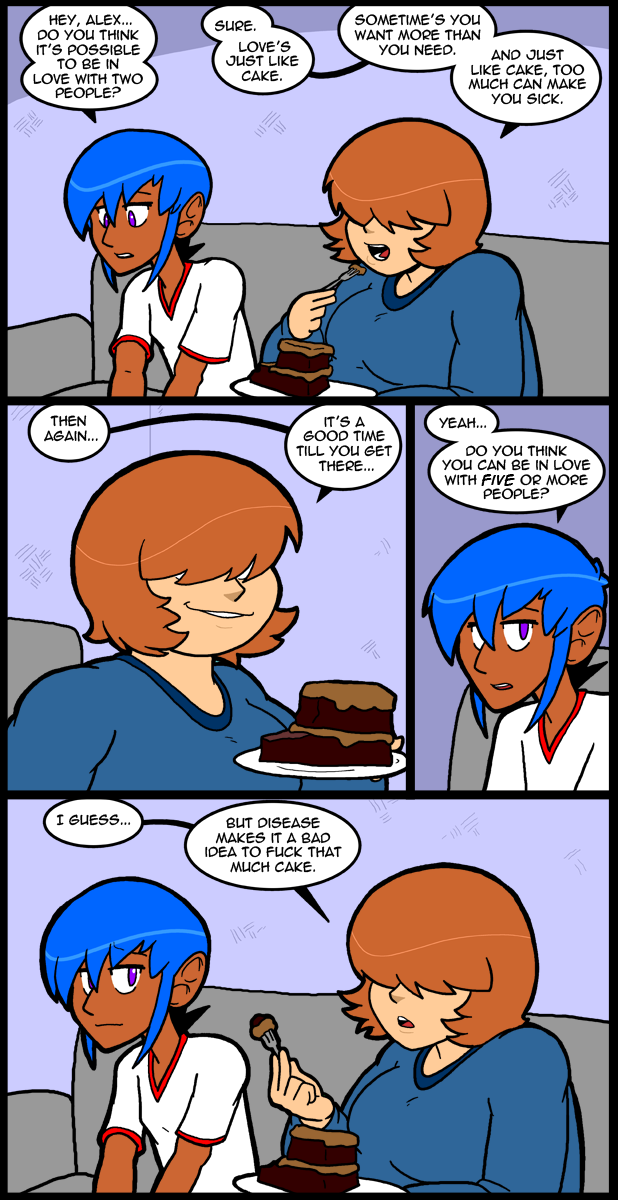 I got a dremmel for Christmas. I was always wishin I had one. Every time I turned around I was like “If I had a dremmel I could fix this…” Now I do and I can’t remember a single damn thing I needed it for. I know I’ll run across them again, but it’s kind of irritating because I know things ALREADY exist that I wanted to dremmel the shit out of. Now I’ll probably remember them after some new thing comes along and jogs my memory.

Truth be told I don’t know how to use a dremmel. In fact, I’m not sure I’m even spelling it right. What that means is that at some point when i have a spare moment, and my net connection is working properly, I will watch videos about how to properly dremmel. Hopefully I can find one that tells me what all the various tips can do. I almost bought MORE tips on clearance just because I didn’t have them, but then I was like “I don’t even know what the ones I have are for…” So I do not have 3 other, very intimidating looking, dremmel tips.

My cheap soldering iron is kind of in the same category as the dremmel. Except I’ve already watched some vids and fixed one thing with it. I don’t have any solder, but the circut bord I wanted to fix had a bunch on it already, so I just used that. It’s not a very precise tool. For 5 bucks it’s basically a stick of metal with a power cord stuck on, but it got the job done.

I came up with a super good idea for a television show the other night. Good enough that I won’t tell you about it. Yeah… so good I won’t talk about it on the internet. The problem is I don’t know what to do now. Where does one go with a good idea like this? I don’t want to actually make the show myself. I just want to sell the idea to other people, have my name stuck on it, and walk away counting my money. The American dream, essentially. I get paid while other people do all the hard stuff.

Recently I’ve heard a lot of horror stories about people having ideas stolen. The creative world is a trecherous place indeed. Much like the world in general really… In any event there are a thousand knives poised inches above your back the second you come up with a decent concept. If they were literal knives the streets would be littered with the corpses of writers and artists. Which would at least thin out the marketplace, I guess. Silver lining…

I shouls probably write my idea down. I only remebered it again just now. it could have been lost to the ether. Of course since I’m ill prepared to do anything with it it hardly matters, but whatever.

Alex certainly knows her way round a metaphor.

See, she knows that you need to pick a flavor of cake that want, so you don’t change your mind halfway through– if you do that, and, gods forbid, have access to more than one flavor of cake, you’re going to confuse the ever living frick out of your tastebuds.

I can’t tell if that’s a metaphor for mixed metaphors or Jo’s thoughts of polyamory… I wrote it, but I can’t tell..? WHY!?

I had no idea what a dremel was until you mentioned it, but damn you… I want one now.

We have that dremmel dilema as well. We have one but can’t find it or the attachments when we want to use it on anything then, if we do happen to find it later, can’t remember what we needed it for, it’s out of batteries, or we can’t find the thing we wanted to fix. I’m going to give you the benefit of the doubt that your house is more organized than the terrible hole I call my home, though. It is useful for sanding things if you get the sandpaper attachments and happen to need something small sanded a tiny bit. It’s also good for repairing action figures which I think is how we ended up with one.

The last line of this is hilarious.

I used to break my glasses a lot and my godmother would solder them back together for me. That’s and making and later fixing a metal mango sculpture ( http://manekochan.deviantart.com/art/Mango-38-40007420 ) are the only things I think I’ve ever used a solder for.

Can’t quite decide if Alex has gone around the cake is a lie analogy or not. Speaking of which, Alex needs to stop eating cake.

Hehehe I thought Jo was shipping, but I wasn’t quite sure who. I had lots of theories, based on what you’d shown us, but nothing concrete. It’s starting to look like maybe all my theories were right though. lolololol

My theory is she is Bi and has a thing for all of them, Nina, Thomas, Ed, Jess, Carol, and maybe John.

Anyone think I’m way off base here?

Nah, I didn’t use those words but, that’s EXACTLY what I was thinkin’. But I wouldn’t say “maybe” John as she almost raeped him when she asked him to be in her movie. Remember?

Sounds like you are worried about the “Big Fat Liar” problem. (Look up the movie by that name with Frankie Muniz, Amanda Bynes, and Paul Giamatti). You just have to know how to make the life of the idea thief miserable until they give back your idea… :-)

Concerning your idea: If you’re not going to make it, or push for it to be made (Director/producer), it’s not going to be worth much. Everyone had good ideas, it’s that the people who really want their shit to exist and who are dedicated to it are the ones who make money off of it (and people who sell their skills to get it made, arguably). You could, however, make a script, or a pilot, or something, if it’s a series, and try to sell that.

Dremel tools are awesome. I tend to do lots of DIY stuff (being as DIY cybernetics are what I do professionally…), and it’s proven invaluable, even after I designed las-tools with the intention to replace it…

Also, I feel very included in this strip, since two in my group are the “fall in love all over the place”-style poly-amorous types (I’m mono-romantic, but enjoy casual sex, and that’s fine by them, because I don’t have the same emotional range as most other people, it seems).

Are you Kimiko Ross by any chance? :D

No… I am a cybernetics researcher, for what close that gets me.

Dremels rock… may I suggest replacing the collet setup with the Dremel chuck attachment. It costs under $10 I believe and lets you attach bits using a standard drill style chuck. Also I must commend you on getting a Dremel brand rotary tool and not a knockoff.

Regarding the comic, loving it as usual. Poor Jo.

Also is Alex really the best person to be asking for relationship advice?

Had to say this

I’m not poly myself (well, I’m monogamish- tends to happen in the “community”) But I totally get the vibe that Jo could be.

However, given everyone else seems to be interested elsewhere or puts her into a different type of relationship (familial or platonic), then I highly doubt this will be the avenue to be taken in this comic.

But there is always fanfic… XP

I agree that she is not being persued at the moment, but I sense a love triangle between Ed, Nina, and Booksie. . . May just be me.

Also monogomass, would take her wanting another girl in the relationship for it to go poly.

My current pet is poly, but we have hashed out an agreement that until I am feeling more secure (as the newer person in the scene and as the historically monogamous one) in the strength of the relationship, we are monogamous. Afterwards, I just have my rules about keeping each other as primary, and avoiding romantic bonds with others, as well as openness and honesty, so our needs are met without the extra concern and self-esteem issues that follow on my end (I know, not the best reasoning, but I have my limits and needs, too)

As for your idea for a show, my first piece of advice is to get the name of it down, as well as a brief diagram about how the show would play out. Give the characters names, even write a total character/plot synopsis.

Then, gather all of it together, and file for a copyright patent. Costs about $50.00, and ensures you now own the legal rights to that intellectual property. After that, pitch the idea around. If you can, get an agency to pitch it for you to executives. They’re useful like that. Make sure they’re approved by the BBB though. Don’t want to wind up with a shady agency that tries to jack your idea and pull what Teletoon did to Sohmer and Lars.

Yeah, Dremels are handy. But if you get one of those tiny circular saw blades and try to cut something you’re holding in your other hand, and slip, and it slices your finger like hot butter, and you instinctively jerk it away, and in so doing, smack your friend in the abdomen, and it quickly winds itself up in his shirt, and you scrabble to find the off switch on the now spinning tool, and once you do, you untwist it from his shirt while he fearfully and frantically checks his torso in case he’s been eviscerated, don’t say I didn’t warn you.(true story)

I got mine caught in my hair once. I was working with it and went to rub my forehead without turning it off or putting it down first and the next thing I knew it was caught and spinning my hair into a nasty knot. No where near as bad as slicing your finger open or nearly eviscerating a friend with it, but I realized just how close I had brought it to my eye. One slip and my vision would be much worse than it already is.

Jo should really look into polyamory, and I don’t mean that stupid over dramatized “supposed reality show” on showtime. I mean the real thing, I think it might be right for her.

A friend of mine had his novel idea stolen recently,
The thief stole the whole first chapter then made up some BS that was obviously not the same style as the introduction
AND A PUBLISHER PICKED IT UP AS A SHORT STORY….

Any analogy regarding sex a food will always lead me to remember Alucard’s declaration of intent to fuck the fear turkey.

Romantic love, friendship love, admiration love, I mean there’s all kinds. At first I thought she meant she was torn between Nina and Jess until she expanded the number.

I’m pretty sure this is my favorite page.

I think I know what she meant by disease.