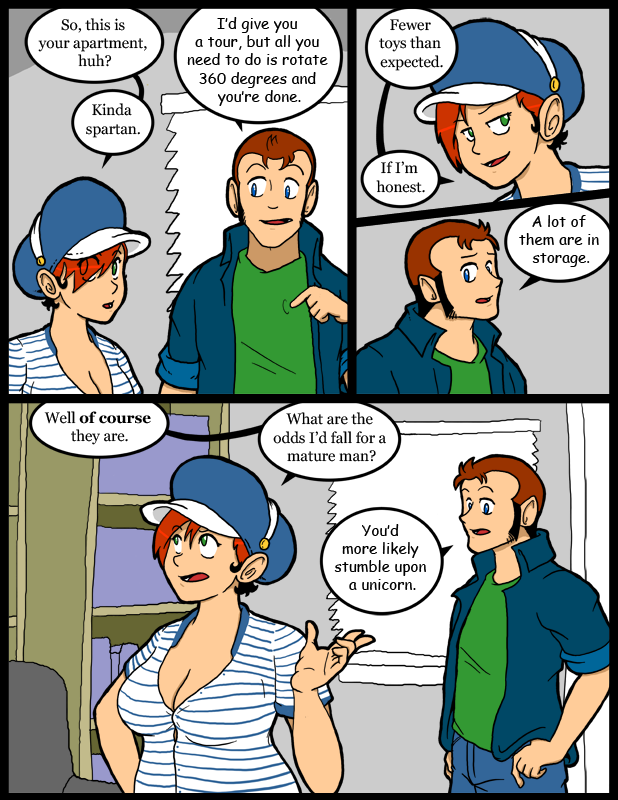 I had a strange dream the other night. Strange for me anyway. It was basically an alternate take on the Naruto manga. Several key points hadn’t happened so the outcome of the Shippuden stuff was all mixed around. I can’t remember it all clearly, but the last thing I saw was a fight between Naruto and Sasuke taking place in the school. Naruto was using techniques that were modified because of the alternate story my brain had devised, but Sasuke was basically fighting like he does after the stuff with Orochimaru that I just realized I shouldn’t spoil in case any of you ever read it. One major difference was that the battle with Pain never took place, nor any of the stuff leading up to it. As far as I could tell Naruto never learned the frog sage technique and was naving a really difficult time with Sasuke. It all took place in a style that was animated to look more like the comics rather than the super plastic way the cartoon look, especially in the later episodes. Weird, huh?

Or perhaps the Loch Ness Monster. Though its been said in my case it would be more likely that we’d find Hoffa playing cards with Gandhi.

And then she finds one of his more embarassing toys, which is a stuffed unicorn, under the bed or something. ^w^

Or…… something else embarassing to tease him about.

I’m sure there’s lots to load up the tease guns with.

I have dreams like that sometimes…not specific to naruto, but dreams about shows I’m watching where a few key elements are different. Sometimes, if I remember enough of them when I wake up, I write it down and work on it as a fanfic.

You should change the names and make it an original.

this better be leading to a steamy sex scene or I will be dissapointed… Untill my next lunch break!

I have dreams like that sometimes… Except my dreams tend to be crossovers with other anime. Last night I dreamed that Hinata started channeling Ichigo Kurosaki’s powers (including wielding Zangetsu) against Pain. She looked awesome in Ichigo’s pimpcoat (the black jacket he gets when he goes Bankai)

Hinata looks awesome in anything.

Another thing my brain does is picture members of the Leaf 11 in a band, playing whatever I happen to be listening to on my mp3 player. Picture this: Queen’s Another One Bites The Dust, being performed by Hinata (bass), Kiba (vocals), Lee (drums), Sakura (lead guitar) and Ino (rhythm guitar if there is one).

Other artists they cover include Suzi Quatro, Meatloaf, Sweet, Skyhooks and The Proclaimers. Shikamaru gets vocals for a few songs (most notably, Harry Chapin’s stuff), Ino does most of the Suzi Quatro songs except for Stumblin’ In (Naruto/Hinata duet) and The Wild One (transformed Naruto), Sakura does songs requiring a softer female voice with Tenten showing up to play her guitar or Ino’s, depending on which is on vocals. Naruto’s on the piano/keyboard, and the rest are either backup vocals or whatever other instruments are being used.

Are you just an observer in your dream or does it work like a movie where sometimes you are in the chartacters perspective and then it cuts to the observer’s view?

P.S. I am sorry that it is such an weird question, I am probably not explaining it right, but I don’t know how else to write it.

This one gets a lot funnier with the “unicorns ARE real” SMBC ad right below it.

Why do I never get dreams in Japanese animation format? The world is so unfair…

you know As I read all this your characters all have such attitudes that you can find something in all of them you like.

Also your character design is so reminiscent of Lupin the 3rd
I have trouble not giving them those voices.
Thomas saying the line “You killed my boner, Prepare to die!”
would be perfect!Tony Olivers voice is simply magical.

anyway you fujiko is far supirior in my opinion.I dont like bodies that are so disproportionate.And I swear Id totally have my way with Jo. You have cursed me to readin this all the way to present day in one night. all like 800 pages. its the happiest curse of my life!

anyway back to reading I just wanted to show appreciation.
specealy since I have my own cast of characters Ill eventualy have to get back too.

What’s so immature about keeping old things around?