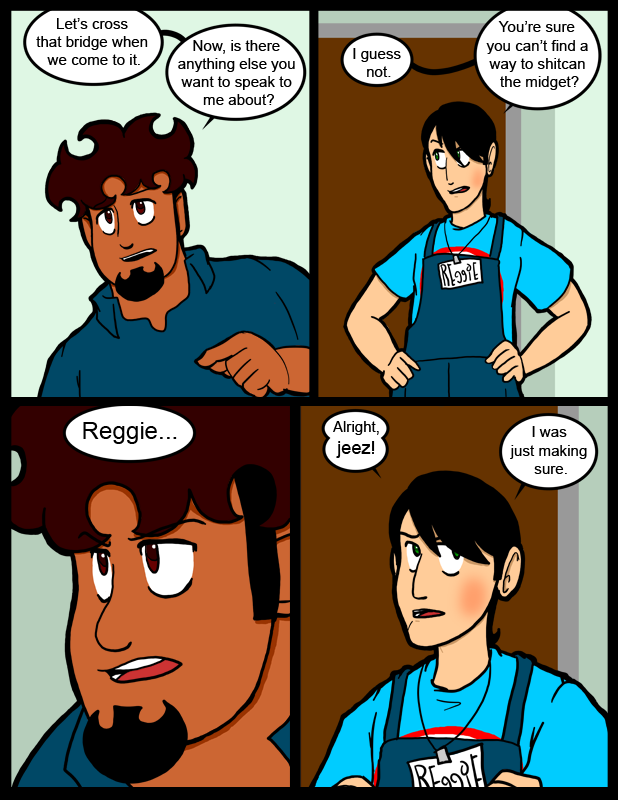 Since enough people have asked about getting me stuff for Christmas I’m going to go ahead and talk about it.  I have a wishlist at Amazon, but my family uses it to find stuff for me, so if you use it there’s at least a chance some double gifting will go on.  I don’t know that for sure because I rarely pay attention to it.  There might be some kind of failsafe to stop that kind of thing.  Anyway, if you want to get me an actual thing you can start there.  Really though generic stuff is probably better.  Like Wii points cards, or even just an Amazon gift card.  I don’t draw nearly enough huge, mostly exposed, tits to warrant something like, say a blue ray player…  Which I wouldn’t have much use for anyway.  Still, those are some options for the gift determined among you.

I present this alternate path as well:  donate a dollar to the comic.  I know it doesn’t seem like much of a gift to most people, but it actually is.  I have about 3K regular readers plus some change.  If half that many people donated a dollar I could do any number of things to help myself make the comic better, even after Paypal takes a wet bite out of it.    I can take care of random junk to keep myself entertained, but it takes forever to save up for things to upgrade my PC.   It works kind of like the overbearing rules in Hackmaster.  Two or three dudes can’t get a lot done, but once you have a mob you can easily take down a dragon.  (I really hope a few readers know what the Hell I’m referencing there…)

Sure you could donate a dollar to the Salvation Army or something, but supporting an artist you like is essentially the same thing as sponsoring a hobo, except you get something back.  :>

“Supporting an artist you like is essentially the same thing as sponsoring a hobo, except you get something back.”

I don’t know why, but I find that hilarious.

You have 3000 readers? Holy crap I had no idea congrats! Hey are you going to the San Diego Comic Con this year I’d love to finally meet you…..in a completely non weirdo stalker way

@ Randomtwitch – I find it hilarious too. :D

@ C-Ham – Probably not this year. You never know though, you may have other chances to stalk me in person. XD

Someday, we will rally the troops and drag JT to a comic-con.
someday.

Actually, my giving money to the Salvation Army can be traced back to my Dad after World War II. Whenever the Red Cross would go through, they’d make soldiers pay for cigarettes, while the Salvation Army would give them to the soldiers. He always would put something, even just a few coins we’d gotten in change, in one of their buckets when we’d see them.