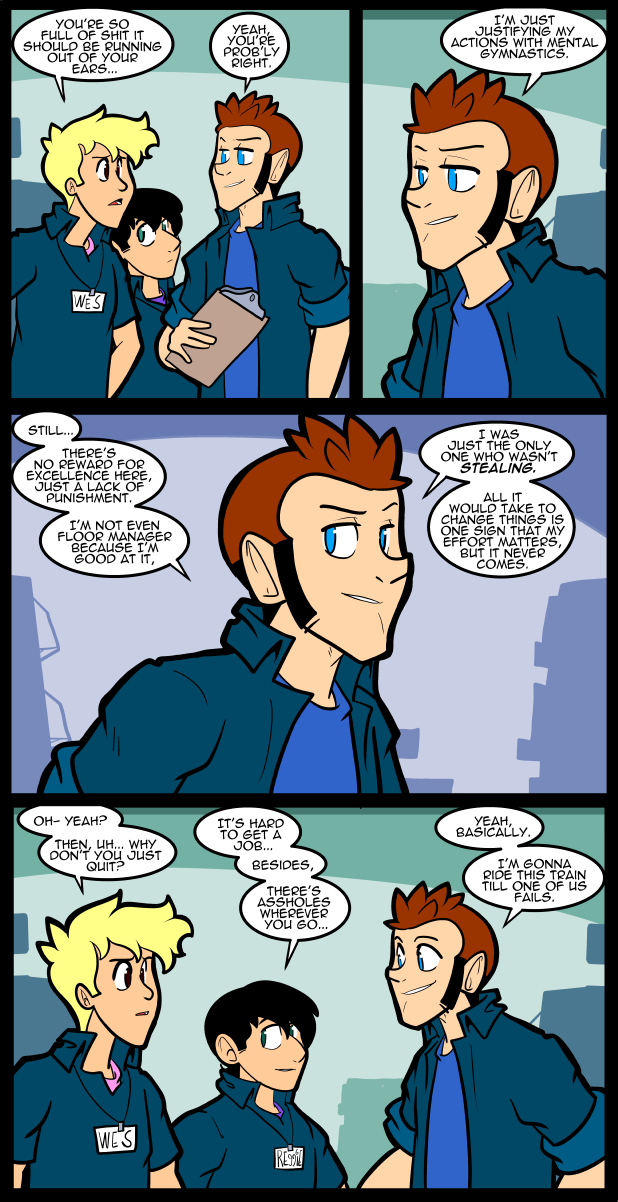 My sleep schedule is so completely fucked up. I never know when my body is going to decide it wants to sleep. It’s getting to be such a mess that I messed up my alarms this morning and I couldn’t figure when I took my first set of pills. I’ve got to take them two hours apart or my blood pressure drops so much I can’t function. That’s the ideal range though. Bleh.

The idea of illegal building techniques with Lego has become something of a meme this last week. It’s funny to see people who aren’t as deep in the hobby looking at minutia like that. I keep having to remind myself that they’re just enjoying the silly concept, and not explain the reasons for them. That nerdy desire to explain stuff to the layman remains in me in spite of being aware of it.

Sometimes Lego will actually use “illegal techniques” but they have to go through a process to decide if it works for the set. They’re almost never used in sets marketed to children. They’re more likely in the lines for adults, since most of them are made to be displayed.

I actually used an illegal technique of the panels of my junk TIE fighter, but I went back and revised it once I found the parts I needed to set it up properly. I actually want to revise it one more time to alternate the pegs so they will interlock more sturdily. It requires breaking the whole section down though, so it’s on the list for when I’m not so busy.

Lego just released a Juniors set that comes with a basically pre assembled TIE frame. It’s actually a really good set if you want to fleet build. It comes with the TIE, a pilot, and a rebel trooper. As well as a limited amount of scene structure. It’s 17$ so it’s not a bad price for what you get. If you got 4 of them you could make a decent rebel base command center since it comes with a printed Death Star analysis screen. In fact the Juniors sets are often good base sets for improvement if you have a lot of spare parts. They tend to come with a basic build, but they parts included are usually the more rare parts, like windscreens and air foils. You could ad parts to the Juniors A-Wing and make a full sized version easily. They’re actually better than the microfighters in my opinion because they lend themselves to improvement a bit more. That said, the newest wave of microfighters are even better than the previous ones. One comes with a Sandtrooper on a dewback, and the Dewback build actually looks kind of adorable. The scale isn’t too far off either. the downside is that it’s packaged with R2 & 3PO on an escape pod, which doesn’t lend itself to army building. How many R2s and 3POs does a person need? It would have worked better for multiple purchases if the other side was a generic good guy, or something you could mix and match a little better with. R2 comes with… 7 sets I can think of off the top of my head. 3PO comes with at least 3. It’s basically the Batman problem. Batman comes with every Batman set, so you end up with a ton of them. There may just be no way around it. You have to have a Batman in a Batman set. I guess R2 is the Star Wars equivalent of Batman. I mean he does kind of fix everything all the time.

I’m hoping they do some sets for the new clone wars series & the other one whose name I forget. For variety if nothing else. I think they might avoid it though since the Rebels line was one of the worst selling Star Wars brands for Lego. They didn’t seem to know what people were going to want from those sets and it showed. They also locked away key characters in the high priced sets, which I have often criticized Lego for doing. You need to allow the low income fans a chance at a full cast of characters. Maybe they’ll see it my way in the future, but I have my doubts…

“Dang, you caught me monologuing!”

Thomas says- I’m gonna ride this train till one of us fails.

Then Ozzy Osbourne jumps in and vocalizes: “I’M going off the RAILS on a CRAZY Tray-aaain!!!”

“That nerdy desire to explain stuff to the layman remains in me in spite of being aware of it.”
Well, one big, fun part of being nerdy, is getting to show off your knowledge.
:)

Thank you for bringing the homemade Star Wars fighters into the comments section. I’ve been seeing it in the twittbox, but I’m not about to reactivate my long-dead twitter account just to tell you the canonical term for a not-right fighter assembled from spare parts and hybridized with unrelated fighters is an “ugly”.

I’ve been sitting on this since the Xless-Wing/Headhunter with an astromech, and it is good to get it out there. It isn’t a wrong X-Wing, it’s a Z-Wing ugly.

That’s neat to know, but it sounds dumb to my ear. I think I’ll stick to my verbiage. I wonder who coined it though…

“Ugly” turned up in the X-Wing books as descriptive fighter slang, if I recall. It has been a few years since I read my old Star Wars books. Sold most of them off, only miss the X-Wing and “Tales of” books.
…
Wookiepedia says I remember wrong. It comes out of the Corellian Trilogy. That’s disappointing. About all I remember of that set is that I didn’t like it very much.

Of course, the response to “Getting a job is hard” is “Are you even trying?”

I see this a lot where I work. People who are frustrated or unfulfilled in their jobs, but aren’t even applying for others. And, indeed, it seems that people can get ground down, and lose both hope and ambition. I wonder if Thomas would admit to himself that he’s given up on himself?

Of course, I’m sure he’d proudly boast it to someone else if he thought he could score a point that way :)

as someone who lives in the middle of nowhere, it can be very diffcult to find places hiring, both in consumer and large, i had worked for many years in consumer while actively looking for a better job with no luck, job openings are infrequent in small zones.

not saying it applies to thomas, but what he said isn’t exactly false in some areas, sometimes where i no other work, even if you look for it.

Depends on what your options are. If I recall correctly, the area the cast lives in doesn’t have much going for it. And while Thomas is certainly clever, I’m unsure if he has the skills to get a better job. There is little reason to simply make a fresh start at yet another retail place on the off chance it will be better when he has a decent setup where he is.

Or as I told one of the guys at work the other day: “I already have a low-paying dead end job. Why would I want a different one?”

Eventually, at some point, LEGO will be subject to the standards of state or federal building codes.

Then there are the fees to be able to look at those standards and codes.
I’m not making this up – US copyright and building codes would make a Ferengi go “what?”

Just wanted to comment on the *excellent* characterization going on here.

The way Thomas is working to spark paranoia in Weasel boy is … delightful?

Well at any rate *I* think this is lovely attempt at manipulation, but I do wonder who will end up getting burned …