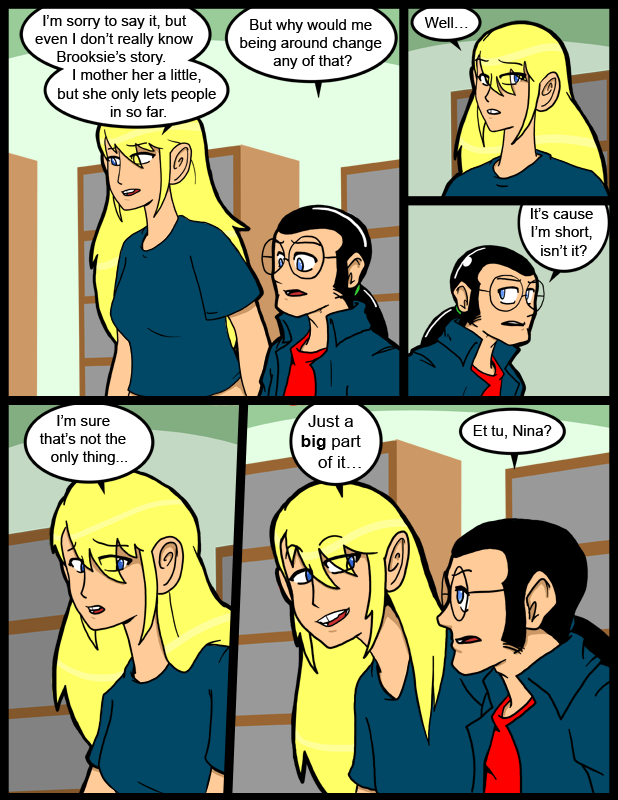 I wish you could hear Nina delivering her last line like I can in my mind.  X]

I think I may have come to the end of this cycle of remembering dreams.  I woke up the today and knew I had been having one, but it just faded away.  Anyway, I had one last one I remember bits of.

It had something to do with wandering around in a school.  It looked as if the place hadn’t been used in a long time.  I honestly can’t recall what the point of things were.  I just remember the floating dust particles in the rays of light as we wandered from place to place.   I’m not even sure who I was exploring with.  I have a vague memory of it being a woman though.  It was a very normal style high school.  The kind they built in the 80s and 90s.  I’m not sure if the style has changed since then.  I assume it’s gotten even cheaper and shittier.

There were parts that were very dark and other parts where light was getting in through windows where the covering was falling away.  I think we were catching glimpses of apparitions moving between rooms in the darkness, but I don’t remember feeling bothered by it.  It seemed like the school was closed after a disaster of some kind, then abandoned.  That’s not much of a plot compared to most of these, but I guess they can’t all be potential film ideas.  XD  Of course it could just be that I don’t remember the key bits that would make it make sense.  It was neat to see at any rate.  It might make a good game.  Better if I’d had a sweet proton pack though…

Your dreams are so lyrical!

NO! i just started reading this webcomic today and i’ve already read them all! make more !

Actually, it seems to me like the most recently constructed schools, in the 2000′s at least, are pretty nice. I remember when a new wing was added to my high school to accomodate the sudden influx of freshmen, and during those rare times when I walked through those newer halls, all I could think was “Holy sh*t! This is a freakin’ palace!”

I hear voices in my head when I read your comic, is that a bad thing?
I think the Nina in my head probably has a different voice and delivery than yours.

dude i love your comic…it not only is funny but it has a clever wittiness that is rare in most forms of illustrated and animated story line…i mean pulling jokes from Gullivers Travels, and Julius Caesar..that is rare!

Ummmm, as far as the Shakespeare quote goes, I always read that as “…..also you Brutus?…”