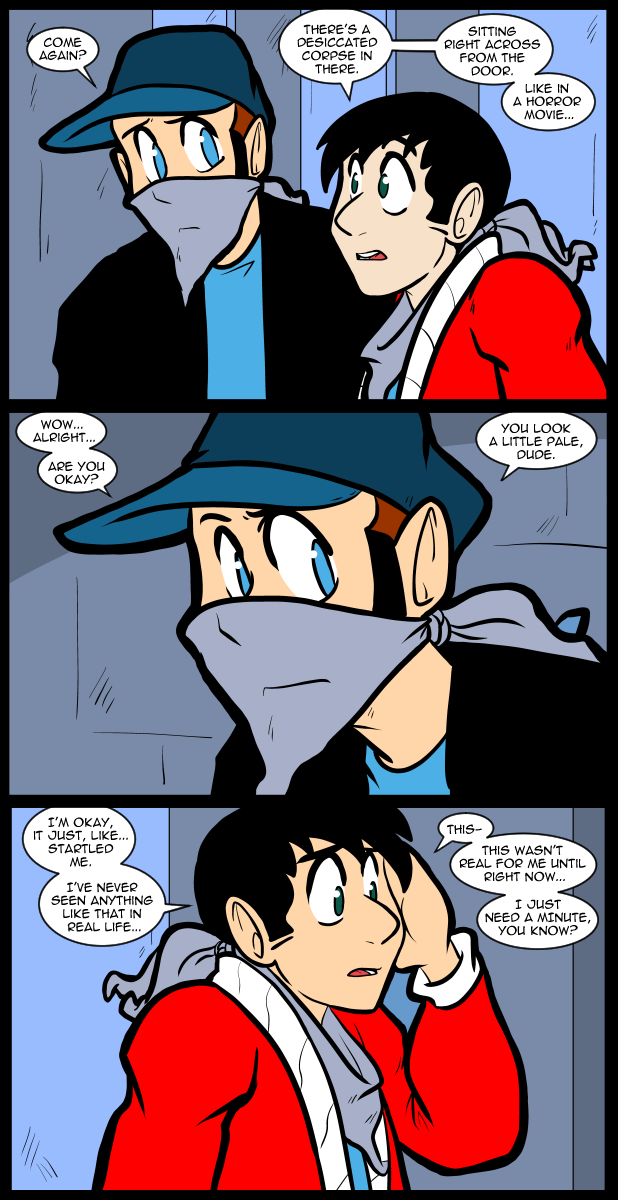 Stuff like finding a corpse is one of those things you only think you know how you’re going to react to. What it’s like in your mind versus the actual experience can be very jarring. I’ve had experiences where I was sure I was going to fall apart in the moment where something in my brain just clicked & I breezed through it without any problems. So it can go both ways. I’ve seen strong men break under pressure while the weak ones stood up & continued without complaint. There are just some things that strip away the artifice of yourself & leave the real version you hide from everyone exposed.

The blog under the blog has always accidentally caught people by surprise. It’s original purpose was to present information on the homepage that wasn’t time sensitive. The rise of social media kind of made it superfluous, but now social media is falling away & the secondary blog seems like It might actually become useful again since Twitter isn’t the powerhouse it was half a decade ago. At this moment I’m just making this post so that the big image posts won’t appear on every comic page. It’ll just be easy to load text. Job done. Now I can go about doing some other stuff I need to do.