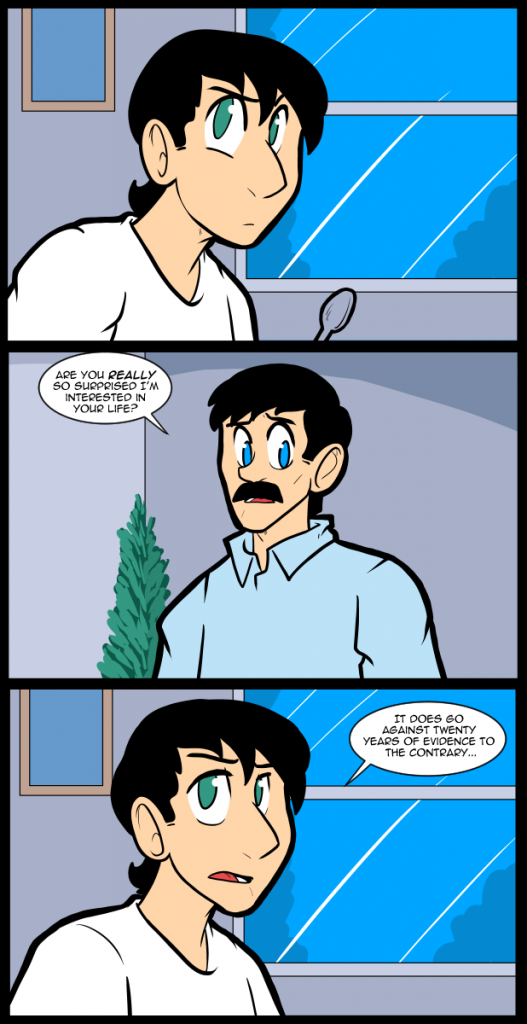 My instinct is not to let a scene like this breathe. With a slow update schedule it often feels wrong to devote a page to so little dialogue, but I wanted to hammer home the distance that Reggie takes as a given between his father and himself. This thing he did, which doesn’t relate directly to some kind of success he thinks his father will take interest in, doesn’t register as a subject for even casual conversation. While he thinks he’s done something personally worthy of praise his assumption is that it will mean nothing to his father. It should be noted that Victoria hasn’t mentioned it either apparently. Such is the strange dichotomy of the Boothe house. Striving for approval while assuming most things would not be worthy of mentioning. It takes time to learn that sort of behavior. Repetition. Minor awards regarded with little or no attention, over and over until they mean nothing. While you don’t want to praise people for every little thing you shouldn’t be so stingy that it’s never expected.