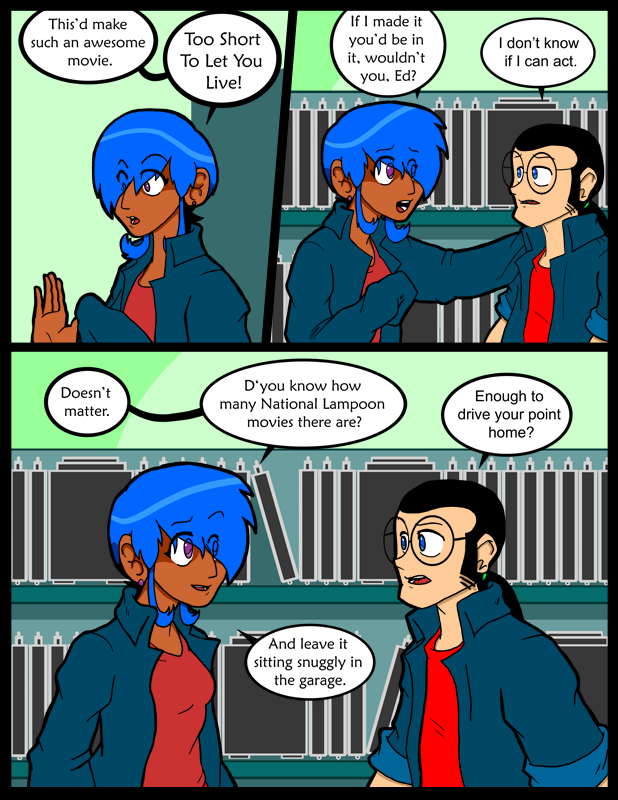 This may sound odd coming from me, but I’m excited that the original team of Ghost Hunters is back on television.  They don’t seem to understand the scientific method, their show is basically built on a foundation of logical fallacy, but they seem like okay dudes.  I watch Ghost Hunters for very different reasons now than when I started, but I still enjoy watching people stumble around in the dark with electronics.

Ghost Hunters International is okay, but it lacks the natural cohesion of Jay & Grant’s original team.  Maybe cohesion is the wrong word.  Chemistry might be better.  In the first seasons the team really wasn’t all that cohesive.  In some ways that was kind of better.  The almost constant bickering filled the gaps when they were busy not finding ghosts.

If I could change anything about Ghost Hunters, now that the interest is winding down, it would be to introduce a real skeptic to the show.  I bet that would really shake things up.  I don’t mean a token skeptic like you get on shows about Nostradamus either.  It needs to be a real, scientifically trained, person capable of debating the evidence into the ground.  That would be fun to watch.

Hmmm….Maybe it’s just me, but you have no image for your header.

I always thought that ghost hunters was around to give the people who really believe in ghosts no real scientific hope whatsoever. Just a fools hope.

Ed really looks like Lupin the 3rd. With a ponytail and glasses, but still. I can’t un-see it.

….what is National Lampoon? I have never seen any of those movies. Brooksie just looks awesome in the first panel. Its like she’s having an epiphany! Were her face an emoticon it would be O.O . But what i don’t get is why she looks like a rabbit in the second panel (it might just be my imagination.)

Could she quote Hot Shots part Duex? “They’ve dicked with the wrong dictator!”

THANK YOU!! finally, somebody acknowledges that National Lampoon had bad acting! I honestly couldn’t watch it.

i think she’s referring to”vacation” as in the station wagon being originally backed out of their garage, or always ending up getting parked there when the oswalds reach their destination .. well homes anyways not wallyworld.

Her pupils are about to EAT him.