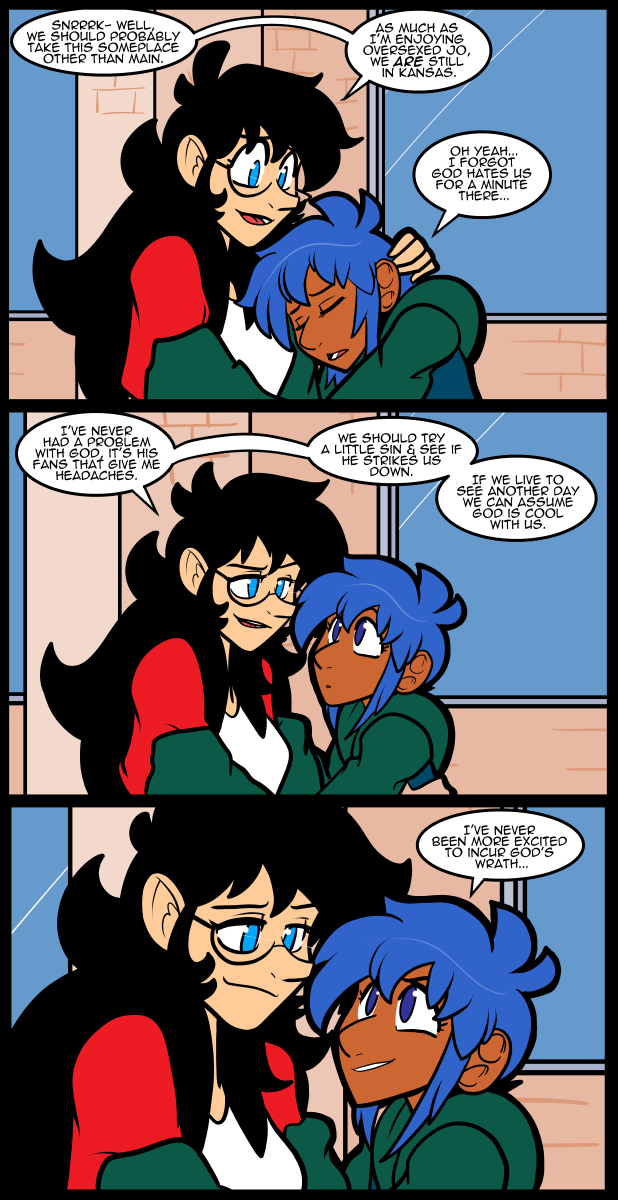 This is just my opinion, but, that’s terrible.
In The United States, no one is legally allowed to do anything to get you fired, because you are- atheistic, theistic, agnostic, or any category that is not in those 3.
To me, morally, that is a bad thing to do. that stinks.
[ Please notice- I'm not trying to get anyone to adopt an atheistic view, theistic view , agnostic view, or any other view, by my writing the above comment].

[Jackie]:
A similar sentiment from [AndyOH!]‘s webcomic “Too Much Information”, in the last 2 word-balloons:
[www.tmi-comic.com/comic/easy-going/]
… it’s currently on hiatus, while the Author recovers from a stroke.

*Treat others the way you want to be treated.
*Don’t judge others.
- corollary: Your rubric(s) will be used against you when you die.
*Double standards are bad (this one gets repeated A LOT).
*Everyone is equal. Period.