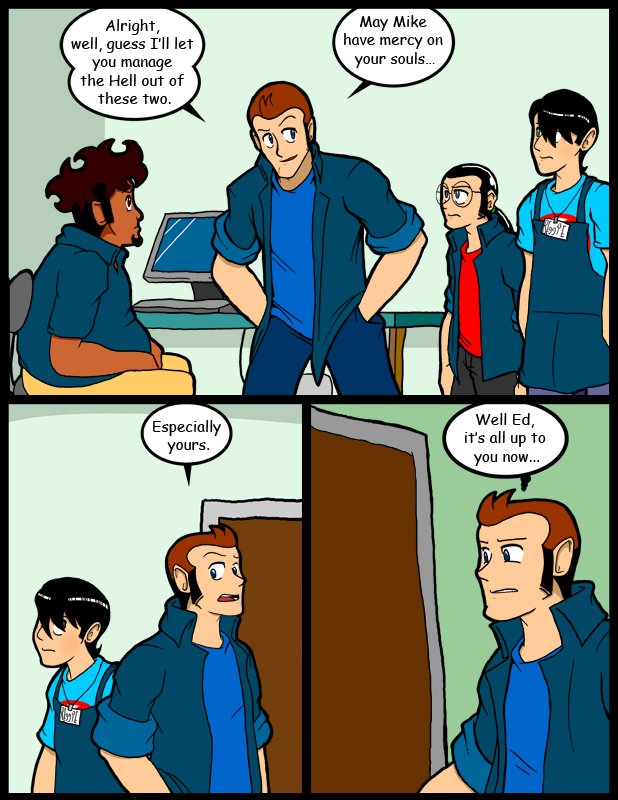 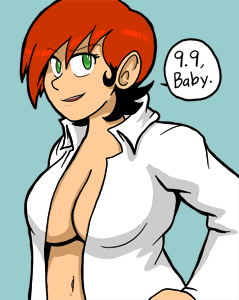 You can sell anything with tits.  So the almost supernatural spread of the Boobquake “movement” should come as no surprise.  Even news groups like CNN acknowledge the drawing power of breasts.  On a slow news day you can never go wrong with a story about tits.  They put asses in the seats.

I’ve built a large portion of my audience on the strength of Carol’s breasts.  Her ability to dominate adspace is  impressive.  As beautiful as Nina and Jolene are they don’t capture half the people Carol can by unbuttoning her top.  The males aren’t worth even making ads with.

I make no apologies for using her sex appeal to get attention.  I’ve more than proven that the story is deeper than Carol’s cleavage.  That said, she’s certainly shown that she revels in the gifts God gave her.  It’s safe to say that the boobquake is something she’d get behind.  Of course, so would the other girls.  Even Jo, in her own timid way, would enjoy making a stand by embracing the joy of immodesty.

If you have to ask why something like the boobquake went viral, you are an idiot, and should be struck about the head and neck with a tack hammer.  Humanity is obsessed with breasts.  Especially the ones who pretend not to be.  It’s something programmed deeply in our DNA.  We aren’t called mammals for no reason.  Unfortunately I don’t live someplace where people are likely to care one way or the other about making a statement with cleavage.  T^T  I doubt there’ll even be the slightest of tremors where I am.  Pity me.

Humor is an incredible weapon.  The South Park/Muhammad controversy is illustration enough of that.  People fear being mocked.  Especially ones whose power comes from the ability to control thought.  Once you let satire loose it’s very hard to stop. As ridiculous as boobquake is, somehow it still manages to point out the foolishness of the statement that caused it.

Also, I don’t expect anyone will notice unless I point towards it a bit, but can you spot the Pokemon reference embedded in the comic?

The only pokemon reference I can think of is Thomas’ last line vaguely resembles what Prof. Rowan tells your character before you fight Palkia/Dialga/Giratina. I fail, huge pokemon fan am I.

i think its from the second movie. Misty says something similar to that line.

Jackie, not sure if you saw the tweet, but thanks for highlighting this. You inspired me to do my own tribute to Boobquake. You’re the man!

Admittedly…I, too, was initially drawn in by Carol’s earth-shattering (perhaps literally today) rack o’ doom. In fact, Carol’s overall appearance reminds me so much of my wife’s, it’s sort of eerie. However, I swiftly realized that this was going to be a “come for the breasts, stay for the story” sort of a sitch. And that’s proven to be the case.

However, that’s not why I’m commenting. I’m commenting because I wanted to point out that I really appreciate the very gradual fade of the slap-mark on Reggie’s cheek. That sort of attention to detail really drives home the relative time-frame, and should not pass unremarked.

Everyone that reads this should probably take this test.

I’m gonna go ahead and guess that it’s the pose shift Thomas drops, similar to how most trainers do in pokemon.

OH! Thomas is posed like Flint from the Elite 4!
… Am I right?

Maybe I’m reading into things too much, but Thomas’ pose in panel 1 is identical Rocket Exec Petrel’s awkward stance in HG/SS. Since that’s what you’re playing now, there’s my guess.

Man, it must be uncomfortable to stand like that all the time, all hunched over. Must hurt the back. Then again, with all the boobquake talk, maybe that’s appropriate.

@ Cain, Michael, & Jhonen – Cain and Michael were close, but Jhonen was right. Thomas is striking a common pose often used by similarly archetypal characters, but I was thinking of Petrel particularly when I drew this.

[...] over at Between Failures has a post on the Boobquake movement.  Apparently, some guy in Iran believes that all the recent earthquakes are caused by women [...]

Yep. I was drawn here by an advert with Carol in it. Is that a shameful for me or tactful of you? Perhaps both.

Happened to me too. It’s just the natural order of things, I don’t pretend to understand it.

I came purely on the recommendation of Jeph from QC. He said ‘You really should be reading this’ and I was like… ‘Eeeh… I’ll see if it’s any good.’ And it was. Though, in fairness, I saw r34 of Carol and almost looked this up because of it. If I had a webcomic, I’d be encouraging the hell out of r34 artists… free advertisement, yo.

I must admit I spent far too long (for want of a better phrase) staring at the poster, and this from someone who’s not ussually interested in the more physical side of things, though I suppose *everyone’s* interested in breasts.

If you’re trying to sell anything with tits, then I’m out of here. Your product must be some kind of crap to resort to that kind of thing, and if it isn’t misogynist, it’s definitely a cheap manipulation attempt. No thanks.