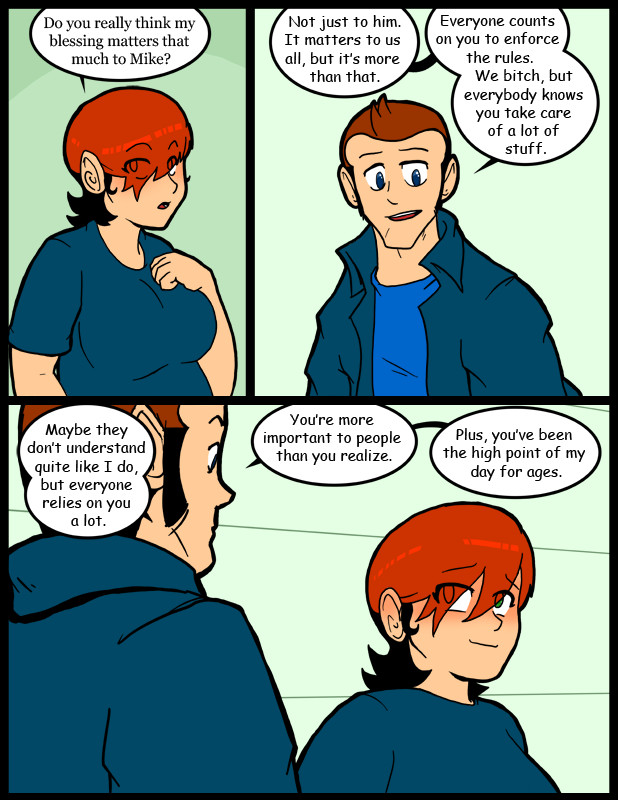 I had one of my standard impending disaster dreams the other night.  Nothing particularly interesting to report, but I did notice something.  The architecture of schools, churches, libraries, and other generally public building tend to combine into a single style in my dreams.  A lot of the buildings look like the love children of various structures.  My brain also seems to like sunken floors with big images made out of tile.  Neat to look at, but annoying to walk on.  Also, if there was a leak someplace, it would pool up all over.  Water and electrical pipes don’t seem to make any sense either.  There’s way too many of them and they always get in the way.  Of course I’ve been in buildings where the pipes don’t seem to have any thought put into them, like they built the structure then decided water and power would be a nice touch.  I wonder if this is common to other people.

A friend of mine once had a dream that he found a pool filled with liquid crack cocaine inside a warehouse.

She’s trying so hard not to smile but she can’t fight the warm and fuzzies!

I normally don’t dream being outside, but the buildings also seem to follow a similar archetectual style for each dream, with the exception of one particularly vivid dream of a South American city.

Is it just me, or has anyone else noticed that Carol’s shirt has stretched back into shape after she stretched it out in 503 and 504? Either that or she got a new shirt.

So much for her defenses. :3

So we get an update titled “Carol Smiles” at the same time that we get a dream journal post about “impending disaster?” I can’t be the only one who’s noticed this.

I received an equally vivid dream last morning. It began with me in a dual-perspective as myself watching a movie with my siblings, and as the apparent protagonist of the movie who was some canned, Westley-like, dashing hero. I, myself, was making jokes about the movie with my brothers, while I, the protagonist, swept up a beautiful woman who loved me and took her to a bed in some beautifully designed room that was massive. It had the quality of some Romantic ballroom, with marble, and all the trimmings. Then a giant stormed through the door. The giant held both a terrifying association, and a friendly familiarity. My perception was fully in the movie now, but I was still split, now between the handsome protagonist, and a reasonably ugly, short creature named Bilbo (my unconscious is really creative). Through some mixture of a saw and gouging drill, the floor beneath the bed was about to be taking the bed and the dashing hero and his woman with it down through another room that I assumed was going to be equally tall.therefore we would fall to our deaths. The bed and the floor beneath it were all rotating before I realized that the floor was going to go away. Then bilbo saved the hero to a sanctuary by some unknown means, and the whole thing switched to the giant driving bilbo in a pick-up truck to some massive, vividly colorful, well-lit farm in the wee hours of the morning. The drive in the truck was utterly silent, both for lack of things that seemed possible to say, and because we were both numbed by the fatigue of having recently woken. The drive was also immeasurably long if considered chronologically. I was wearing the boots that I wear in real-life, except they were bright red and white, and the laces were red yarn. When I stepped out of the truck the boots had turned orange, with orange yarn for laces, and I turned to the giant and said some meaningless phrase that implied some manner of solidarity between him and I, and he responded, “There’s no more we, there’s no more us. We aren’t friends at all anymore, Bilbo. It’s finished.” Then I leaned up out of my bed and turned off my alarm. This dream seemed oddly indicative to me of certain things related to my brother whom I have worked with, and a woman that we have both had feelings for.

I dreamt last night that I walked in on someone fucking a mural, but they had no face, and the mural was flat.

It was quite abstract.