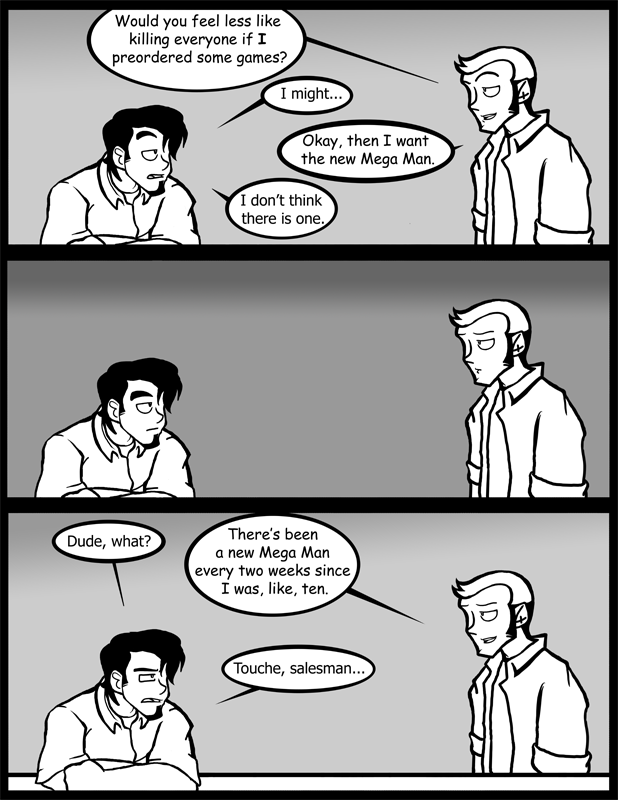 Hahaha! so true! but you got to love those games!

I got so frustrated trying to beat Mega Man 1 on the PC, which turns out to not have even been a port of the console version anyway, that I swore of Mega Man for 15 years. Then I bought ZX Advent on a friend’s recommendation. How I wish I could retroactively slap myself for ignoring the series for so long, even if I still can’t beat the old games.

And Thomas is pretty much right: there’s at least 120 official Mega Man titles. That’s like six titles a year over the life of the franchise.

Is that one of my favorite Family Guy quotes at the end there?

Let us hope Mr. Inafune does a collaboration with Capcom to finish it. I love Megaman.

And Now we’re at a point where we haven’t had a Megaman game in 5 years. Bleh