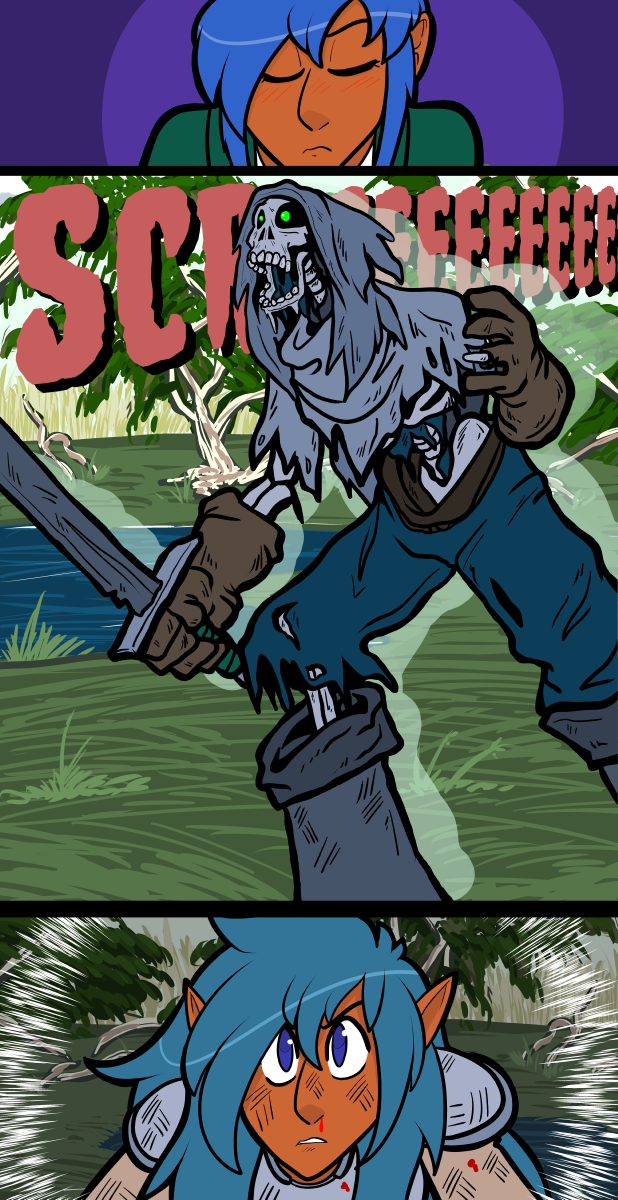 I always hesitate to get cinematic with stuff because the internet has trained me not to try. There are so many people out there second guessing everything you do all the time & it can really get to a creator over time. Time has also been a big factor for me for the last 5 years in particular because I was so sick for so long. Taking a chance at something that might take longer than normal is risky. I felt like I was at a place where I could take a chance on this. Like I would be well enough long enough to make this moment work. I guess we’ll see as this scene plays out. The heavens may not hear my scream, but I tried to be heard.

It’s been so brutal online for the past week or so. I’ve lost friends I thought were real friends, argued with people about things I thought everyone agreed on, been misunderstood, misrepresented, and labeled wrongly. I’m always going to have a problem with people who preach peace with a closed fist. I feel like people are trying to radicalize me all the time now & it’s not the people getting blamed for it that are doing it. It’s the people throwing around accusations like maniacs that fill me with fury. I’m lucky in that when I’m at the lowest points my little community reminds me that hope remains.

Wow! I wouldn’t want to meet that in a dark forest.

Seriously. It should fire its tailor.

The scary thing is- it seems to be wearing Jess ‘s costume! eep!

I’d read this second series, but it would probably kill you to do them at the same time. Great stuff regardless

I’ve been reading this since long before you moved to colour, and I just want to thank you for writing and drawing it.

I’m a complete anon who, when I leave a comment, I just drop a fake name and email address, but this is one of the best webcomics I’ve ever read. I know that might not count for much, but it’s in the top 5, easily.

Also, if this has anything to do with your twitter feed, whenever I peruse it (which is occasionally), I’ve gotta say that I always come away feeling entertained, or like I learned something. Even when I disagree with what you’re saying, it’s always phrased sanely and honestly. Plus, love the THOT puns.

I know this might not mean much, but I just want to thank you for your work.

Top five? That low? Top three in my bookmarks. It’s tongue in cheek, it’s smart. It’s well drawn, when it’s good it is good, when it’s bad (naughty) it’s better. And when it’s great, it’s time to fall out of your chair and don’t bother moving until you are sure you are sitting down again. Because if you look at the comic again, you’ll get weak in the knees and won’t make it to the chair before collapsing again. Howling gales of laughter, Bruce!
Granted, this is all based on my personal experience, and I no longer have coworkers who have witnessed it available to back me up. But trust me, did on more than one occasion, fall down go BOOM!!! if I hit the lottery, Jackie will be rich!

As with all things, between failures lies success. Just keep rolling the dice.

Has anyone else seen the 1969 film, The Italian Job?
I can imagine a choir, singing [this] song, as Jo is running into battle:

I’ve seen the modern version, but I need to get ahold of the original. I adore caper movies.

I’m guessing that you mean- that today’s page is in a cinematic style.
If that’s so- please don’t change it at all!
This is fantastic! I LOVE it!
Kudos.

Huh. I tried to put a comment up, but it didn’t get on the comments section.
Oh well. It doesn’t matter. *shrugs*

Sometimes if you comment too fast the site will flag it for moderation.

Ah, I see.
I was exited tonight, while working on some stuff.
I probably was typing too fast. Thanks! :)

This is cool! I love cinematic moments ????

There’s no doubt things are getting a mite crazy out there.

We’re advising our clients to put everything they’ve got into canned food and shotguns!

Tetra Paks over cans since cans have indecipherable code stamped on them while Tetras have the actual dates printed on them.

Also get water collection and purification systems – that bottled stuff is not always all that good. A still is always a sound choice with the benefit of producing antiseptic/fuel/pain killer.

Haven’t commented on the comic itself in a long time but that’s DOPE AF!

What would be more appropriate for Jo than a Cinematic Moment (TM)?

This seems an appropriate moment to drop this tune:

Anyone who’s seen countless movies (Excalibur being one of them) will recognize the lyrics immediately. ;)

That last panel is amazing and I would kill for a desktop version.

Awesomeness is about to occur. Jo is getting in-character…

X2.TMBM This May Be Monumental. Rulette may have created a monster- what better to confront a monster. I may have to add BF to my DnD folder. Maybe this arc can get you some fans from other genres. One way or another, you cover a lot of bases-guess I’m just now realizing that. Great job!

Here it comes, here it comes! She gives her firsteth awesome beatdown!

…And THAT, radio fans, is a big hit song, from that peasant-ish, rock group-Ye Olde Rolling Stones!!!
:D

Just caught up for the first time ever. Once I saw the D&D sesh finally happening, I had to catch up…

I noticed, and appreciated immediatel, the level of effort you put into this one. Wonderful work!

My first comment here, but I just want you to know: I’ve been following this comic for a few years now and largely in part for your personal blog writing (don’t worry, the comic is the other large part). I understand how you feel about that ‘people are trying to radicalize’ you… I think of it more as that language that political sides use are so divided; just by trying to explain how you see something can misidentify you as something ‘bad’ and ‘other’ to someone else. I think we all have a lot more in common than we think, and so when trying to discuss this stuff, you really gotta get heart to heart. Personally, I think talking about anything personal in groups is a bad idea, and politics & values definitely are so nowadays. Discussions on the internet seem to fall in the category of provocative writing, and when I want to talk about things I think everyone agrees on, I choose a very personal, in-person conversation, and keep the tone introspective, and choose language that keeps the other person introspective.
I don’t know if that ramble makes any sense to you. I always say that words have no true meaning, it’s just a dataset to use, to try and figure out how the other person will act and treat you. When you politicize language, suddenly, no one can talk about anything, for fear of sending a signal to their peers that he/she is dangerous (AKA ‘problematic’/’regressive’). For this reason, I deliberately use English incorrectly; often redefining words in conversation, to own how my peer will understand my words. From there, it’s just content, which most people interpret in their own, mostly similar ways.
But yes, it’s definitely brutal online. A lot of trolls. A lot of people who just want stress release and treat you as their personification of everything evil in the world. We could all use more civility and distance in online interactions.