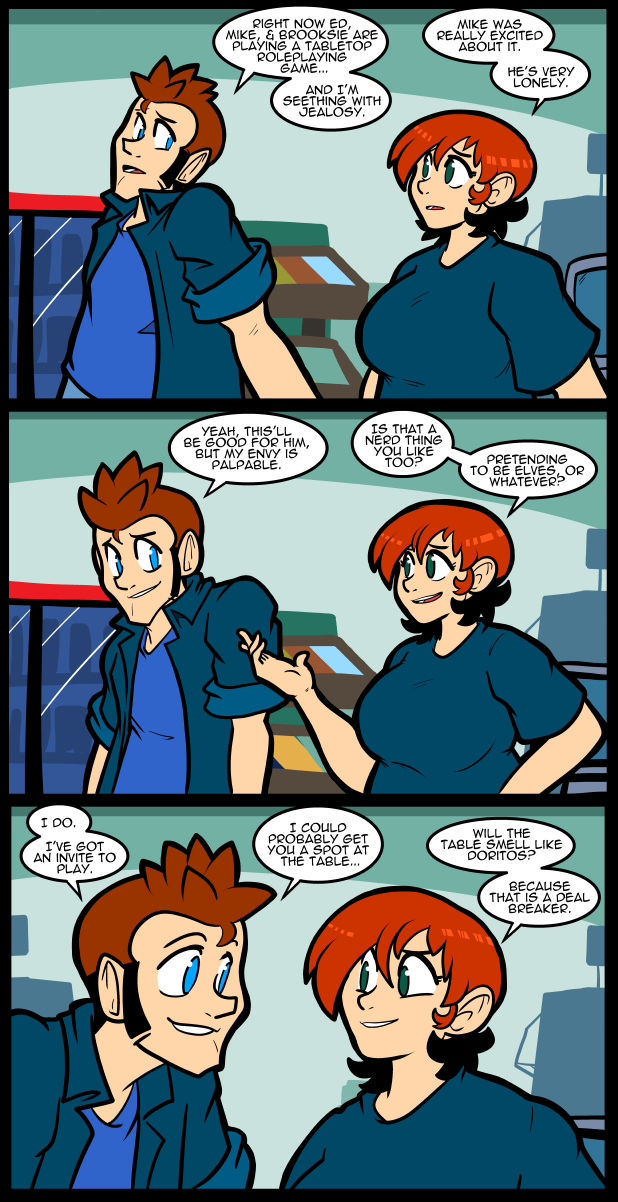 1976 is the year I was born. on the 20th of this month I will be 43 & the comic will be 13. John Candy died at 43 in 1994 on March 4th the year I graduated from high school. I’m so close to beating this comedy legend in the game of not dying he didn’t know he was participating in with me. In my favor I have the fact that I’ve never smoked or drank alcohol, although I do have morbid obesity dragging me towards the grave. Still, I think my chances are good. I may never eclipse his genius, but I’ll get to be mediocre for longer. Cold comfort to be sure, but I’ll take what I can get.

I put on weigh over the holidays so the doctors put me on a statin to lower my cholesterol. I’d been managing it really well for my size until last year, but it finally caught up to me. If I lost weight I could probably get off of it, but I haven’t had any success with that so far, so signs point to this being the new normal. I have increased my fiber intake quite a bit at least after having fallen off for quite some time & I felt better within a week, so perhaps getting back to my old high fiber diet will continue to produce positive results.

I’ve been implementing stretching to try and keep myself loose, but so far it seems like I’m doing more damage than good. After two weeks of low impact movement & whatnot I still hurt all over most of the time. The old body doesn’t spring back the way it used to. On the other hand I can work almost as fast as I could five years ago, so maybe I’ll catch up on all the stuff I’m supposed to complete eventually. On a good day I can complete a page in a couple of sittings. Half in the morning half before bed. Not as good as just knocking one out, but improvement. And they look pretty good, so it’s not just barfing up trash quickly. A decent balance of speed and quality.

Just in case I forget, Happy Birthday next week, Jackie! Looks like I’m your “elder” by four days. I knew you had to be close to my age because of the all the references and jokes you make that are familiar to me, but I had no idea how close.

Now, just make sure there are no Doritos so we get to see Carol play DnD. :D

A lot of my friends have been doing well with a ketosis inducing diet, perhaps you may be able to shed weight and size. Obviously check with your doctors before hand, and beware of the keto flu as they call it. You feel like crap for the first week without carbs, but then you start feeling drastically better.

I second this… weight gain/loss is primarily hormone driven and a ketogenic diet is a good start, especially if you are at a weight level where exercise is difficult.

Also, I wrote a paper on statins for my dad a few years ago when his doctors tried to put him on them… they are BAD news, and there is no clinical support for them. Numbers like the ones from the lipitor ads saying that it reduces your risk of dying by 35% really means that in the study the group of 100 on lipitor had 2 people die while in the control group 3 people died (those are the actual figures). If you want a copy let me know and I can post it somewhere.

On twitter, jackie had asked: “Does anyone know if DC Captain Marvel is called that & the movie is Shazam, or are they just calling him Shazam to avoid confusion?”
I don’t know.
I do know that 1) Shazam/Captain Marvel started in 1941, + is now owned by DC Comics, and

2) a different Captain Marvel is owned by Marvel Comics [R]…and has been several male, female, + etc. characters.
Once you look at the publication histories of both of these companies’ characters, you don’t need a tumbler of Old grand – dad to mess with your head!

Bob Chipman’s most recent take on it (Comics Are Weird!)
https://moviebobcentral.com/2019/03/05/big-picture-captain-marvel-how-did-we-get-here/
Cliff Notes version – the original company, since bought out by DC, let their copyright lapse on the name “Captain Marvel”, Marvel grabbed it and made sure not to make the same mistake, although the character never took off until Carol Danvers took over the title.

It seems a comic character must be in a publication (even a reprint) at least every two years or the name becomes public domain. Fawcett Publications had to let the copyright on the name lapse because part of their settlement with National Comics said they couldn’t publish Captain Marvel anymore. This gave Uncle Stan ample opportunity to claim jump the name.

That’s also why Marvel has had so many Captain Marvels. Just to hold onto the name. As for the Carol Danvers version taking off, I thought it was doing poorly. I can’t say from first-hand knowledge, but that’s what I’d heard.

Pretty sure that’s why DC named the movie Shazam, since Marvel’s Captain Marvel is coming out today and they really don’t want everyone going to the wrong movie (although comic fans will go to BOTH movies).

To be honest, Marvel tried to help with the confusion by spelling Captain Marvel’s name “Mah’vel” when they were talking in Kree, but then people kept saying Marvel, so why bother anymore.

Mar’Vehl was a different guy altogether.

It’s kind of a complicated story, tho.

I looked it up, and DC very recently renamed their Captain Marvel to Shazam(recently enough that I think it was done to clear the road for the movie).

This made me sad, because I loved that both companies had a Captain Marvel, and DC seemed to maintain their’s entirely to spite Marvel.

Thanks for the info, guys. :D

Well, congrats on reaching 43. When I hit 45 two years ago, I was contemplating the fact that when I was younger, I never thought I would live past 40. Granted, I was in the military and there was one time I really thought I was going to die right then and there, but I was a big drinker and picked fights a lot when I was in my early adulthood. I suspected that I would die from a knife to the gut or a gunshot to the head.

You may not be a match for John Candy, but you were funnier more often. He was funny for like one to two hour bursts maybe once a month or so when you factor in the standup and such. You’re funny at least twice a week.

Less funny of more frequent duration adds up to a net match. So, take comfort in the fact that you were as funny as John Candy over a longer span of time.

As a long time fan of stand up, Jackie should be able to take this sitting down:
Steve, I second that you did the math right. Jackie is more fun on average and occasionally funnier for short bursts, and in general funnier more consistantly.

Darwinian genetics has made us what we are, and for the males that is: expendable. By 43 you should have kids who can stand on their own and have their own families without your help. I dont have kids or garandkids, and I plan to live to 100, and the genes and the odds can p##s-off. Apparently, old women are genetically important to the group, but the old men are a drain without providing genetic help, and genetics can bite my shiny metal a##.
Men, lets band together and as a group take better care of ourselves”. Go to the doctor when something is off, go before it falls off, and exercise is hard and I should do some. You are right, Jackie, stretching and movement is what we need. Imma go have some coffee and watch a Jane Fonda exercise video on the VCR.

I think Ernest Hemingway, or some other guy who was prone to saying bonkers, very macho, “MANLY-MANLY” things, said this nutty thing:
(paraphrased)- “To be a MAN…you have to: “copulate”, learn to drive a car, have a kid, and plant a tree!” O.o

You do know, if you take a statin, you MUST take coenzyme Q10, right? Whether or not you should take a statin is debatable(do some research), but if you do, you must take Q10.

Happy Birthday! I’m twenty years older and on simvastatin myself. I think it’s a life sentence. There’s been no talk of “when you get your cholesterol down”, so I think it’s on my table forever. That, plus the sugar meds and blood pressure meds. The positive is that it’s a LIFE-GIVING sentence. Without the meds I’d have been dead years ago.

I don’t know what “me on” is talking about with a coenzyme. I’m not on one and I’ve been taking simvastatin for years.

A stroke almost did kill me. That sucked, but had its positive side. I can’t do physical labor any longer but I have time to write. Writing wears me out, but I get to take naps in the afternoon. I used to hate napping, now I love it. It all depends on where you put your head. Everybody says a positive attitude helps, and I believe that’s actually true. Dwelling on the negative can only convince your body it’s not worth the effort.

Don’t fear positivity. You are getting better every day, and you might want to remind yourself of that as often as you can.

On twitter, Jackie said that there should be a separate youtube for kids, without [comments, or monetization].

There is a “Youtube Kids”, which is an app for kids…to watch youtube.
I don’t know if the app stops those two problems.

Here’s the address for the app- https://www.youtube.com/yt/kids/

Hm. Well, you could always have kids see the PBS site, pbs [dot] org,…and similar sites, until they’re age 14-15, or until whatever age that you’re thinking of.