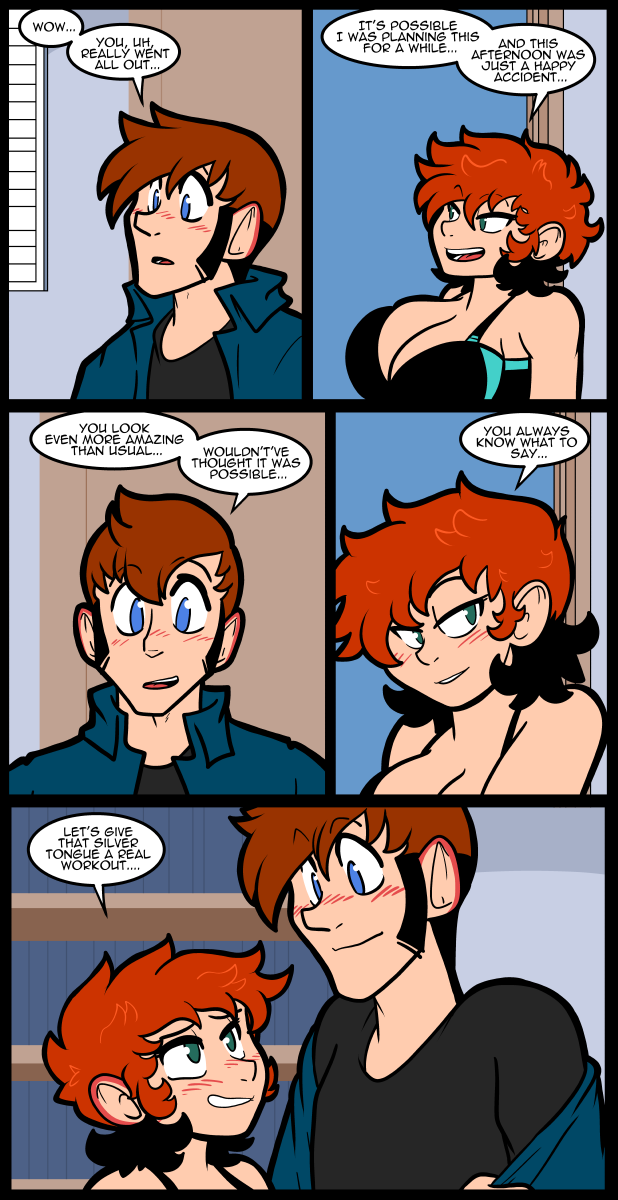 Yesterday the actor who played Robbie Rotten died. I’m making note of it for future me to ground this post in a place in time in my own mind. The Lazytown memes are a good example in my mind of the internet bringing good things to me I never would have seen otherwise. A show so earnest in its intent it’s hilarious out of context.

Also, not that this will stop the comments, but I know that for ease of access panties go over the garters, but it looks terrible. In almost all media it’s done the incorrect way because of that. I actually looked it up before I started and chose to do it the way I did because to draw it that way would look awful as far as I’m concerned. Every time I’ve seen panty over garters it looks terrible to me. The ordered part of my brain likes it the “wrong” way. So there you go. Honestly not something I ever expected to be discussing…

If you choose to wear garters instead of tights, you have a sexual intent in mind. Either to look foxy, without going any further, or to look foxy for someone (or for several people, let’s keep an open mind), with a *practical* intent here.

Yes, you can always pull the panties to the side, but you can also do it if the panties are above the garter instead of under it… so, really, the only practical way to wear garters is to have them under the panty. Or to wear no panty at all – after all, if the intent is to look foxy, one can go all the way.

Keep in mind that the garters were invented much earlier than tights – when elastic fibers didn’t yet exist, and when dresses used to be more ample, instead of skin-tight (and ofter longer, too, but that’s beside the point). It only looks “bad” if it’s visible through a too tightly-adjusted dress/skirt/whatever, and makes an unseemly wrinkle on an otherwise perfect curve.

So, you know, points of view vary on the matter ;)

I’m a single male, but my guess (purely from logic) is that one would wear the panties over the belt if they are meant to be swiftly removed, but under if they will remain on for an extended time.

“Thank you for your support!” ;D

The weather… Just cooled off… Now Carol’s getting hotter…

I often wonder if “Sandy Cheeks” has a secret, night job. :)

It’s been a wee while since I’ve worn a garter belt *blush* but who wears it inside their panties? The back snaps would come off the stockings every time you sit down, and possibly the front ones as well. It would hella irritating as well.

its your comic and if your happy with it then its fine.

Rest in peace Robbie Rotten. I do however find it coincidental, LazyTown wasabout good health habits, and an actor from it beat cancer twice.

Yes, but it was the one who was directly opposed to those good health habits. That’s a stroke of irony, says I, if only situational.

The title reminded me of Ejay Margiela’s song. As a DJ, that was probably the most bizarre music request I would get (the lyrics are NSFW, btw).

As was mentioned, some people were very critical of the garter belt situation primarily due to their fetish. Not that I care, because I am a knee-high sock guy myself. LOL

Aesthetically, I would favor tights over anything else. But I think we’d all agree that the important part is the lady wearing the garments. The garments themselves are icing on the cake, if anything.

[I've heard that] the “hold-ups” kind of stockings…that end somewhere on the thigh are popular, and stockings that are held up with wedding-type…one-leg-only garters, are also popular.

This is way more information than I had intended to collect.

Heh,heh!
Hope I didn’t bother you with my trivia about lingerie, and such.
But- how often does a person get the chance- to show of their [1900s + 1940s], rare information about “fashionable undergarments”?
:D

…I thought YOU locked the door!

So she had the lingerie in her locker room waiting to be used? That actually makes sense

Simple solution is to wear the appropriate garment with the drawstrings on the sides.
No VELCRO!!! … except with capes … confuses the heck out of the opposition.
Mind you finding those in any decent quality, if at all, is quite a challenge – so thank you to that shop with the interesting patterns on file for the do-it-your-self-er. XD

He was my neighbor some time ago. Nicest guy I’ve ever met. Rest in peace Stefan