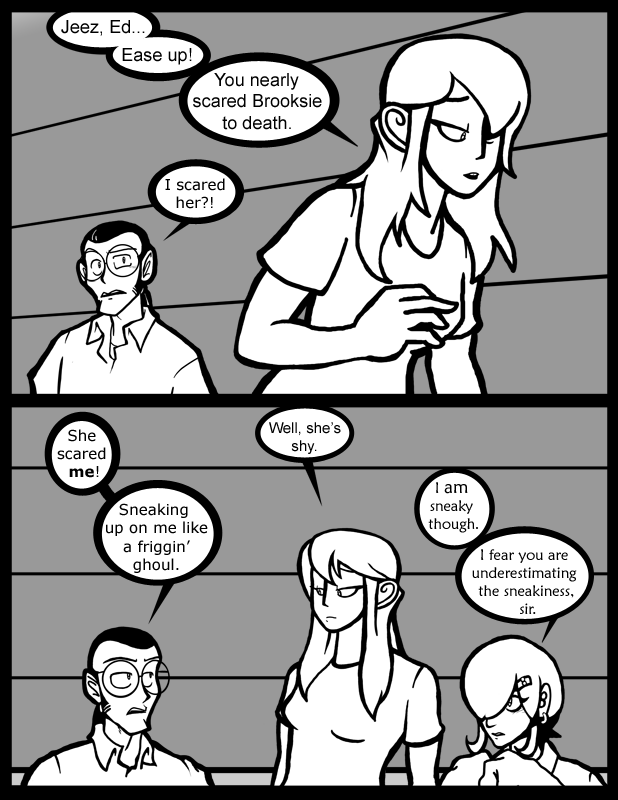 god I hope her dialogue is in a british accent.

I’ll have you know I can name at least 14 different distinct accents from within the British isles off the top of my head. Saying “a British accent” is equivalent to saying “an animal”; barely descriptive. We’ve got more accents on this one little island than america has across the entirety of its states.

Considering the United States has imported accents from nearly every nation and about thirty distinct local accents your last sentence is quite the overstatement. That said, yeah, “a British accent” is too vague a descriptor.

“Imported accents”, you say? And just how does that qualify? If someone is of foreign origin and has an accent from their home-country, one cannot merely claim their accent as one claims their person.

Irrespective, sir, I challenge you (albeit many years late) to name the 30 “distinct local accents” you claim. And even should you succeed, that would still qualify as less than one per state (which tend, as memory serves, to be greater in size than Britain).

Including Mummerset, Britain has 32 distinct dialects. The US has 33. Check out the template at the bottom of: http://en.wikipedia.org/wiki/List_of_dialects_of_the_English_language
I assume that Brad meant RP, which would be like someone saying ‘an American accent’ and meaning GA; not unexpected.
I’m using dialects and not accents because you determined ‘foreign accents’ to not be allowed to be those distributed across the entirety of the states. Besides, accent counting is tedious and prone to errors. Still, GB is larger than 38 US states (229,848 km2 for GB, and Utah is the 13th largest US state at 219,882 km2).
Your last statement doesn’t really matter, as the number of dialects isn’t related directly to the size of the area, it’s determined by population and historical movements of population.

Oops, I hit my pad when I was typing. The ‘Still…’ statement should come at the very end.

I have the impression that if I chose to remember regional slurs, I could probably name about 12 dialects of American English that aren’t listed on the Wikipedia page you mentioned. But the only names I’ve ever heard for any of them are … not exactly friendly terms. I am not well traveled. I’ve resided in six states, and I’ve never been outgoing.

IMHO, attempting to count all accents for a country is currently impossible. Only when everyone needs to talk to computers on regular occasion, the computers always understand them, and are linked together in a cohesive consciousness will it really be viable. And at that point, the ubiquity of the computer voices will have a rather dampening effect on the overall number of accents, and will have been having that effect in most places for some time.

woot mr deeds
blow it out your ass soti

Actually, I feel like posting about the diversity of British accents on many, many sites. Thank you sir, despite your overstatement :)

All Brittish people sound the same.
And every girl I’ve met like that has a Georgian accent.

I thought the British all had pretty much the same, awful accent for a long time, then a cute British guy walked into the store I worked at and had a completely different British accent and it was amazing!

That right there is full of win. Now i won’t be able to hear her any other way.

quoting my friend “i am the sneakyman”

She has a point. A fair point, too